The Bristol Post has an April 1st story, Cyclists to escort all lorries through Bristol city centre in bid to reduce speed and improve safety. someone thought that was funny. 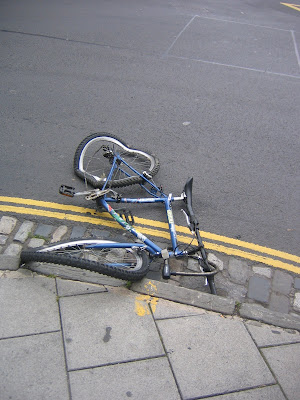 More precisely, someone thought that was funny less than eight weeks after a tipper truck killed four people in Bath —something local and awful enough that the BEP felt worth covering themselves. A truck crash in which the driver and the company chairmain have been charged for Manslaughter on. Think about that: if the police not only charge the driver with something worse than "Causing death by careless driving", but even the company owner with manslaughter, there must be evidence of a set of wilful decisions resulting in what even the police consider to be killings. Not accidents: killings. 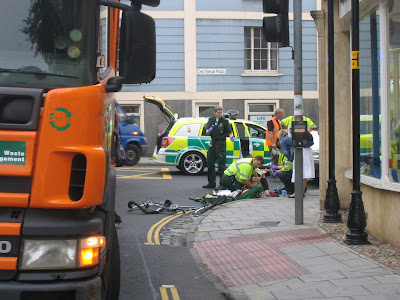 What those decisions are, we are yet to know. Overloading the vehicle? Maybe. Driving with defective brakes? Quite possibly. Driving down a road with 6.6" signs at the entrance and a use low gear sign later on? Again, highly likely. Some papers have been claiming the width sign had been knocked down -but there are two of them, which kind of makes that statement doubtful. A wilful decision to take a shortcut seems suspiciously likely. 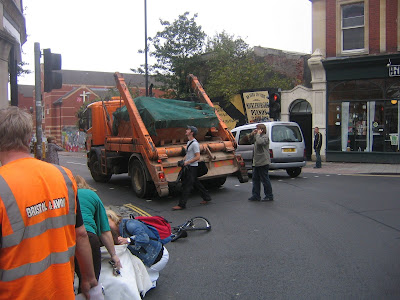 Yet the BEP thinks lorry safety is something worth having a laugh about. 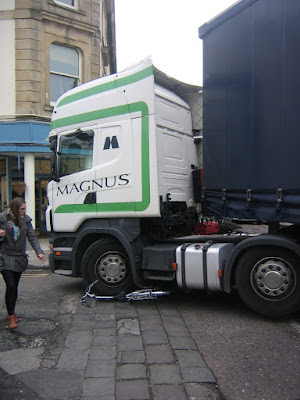 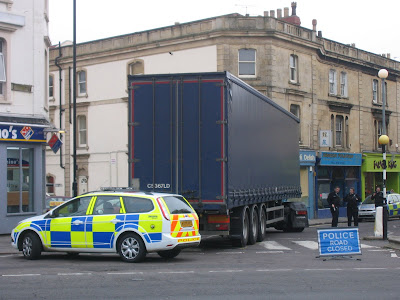 They've certainly never heard the scream someone makes as an HGV drives over them.

On a bicycle, what's likely to kill you is an HGV.

And the Evening Post thinks this is funny enough to make a joke out of on April 1. 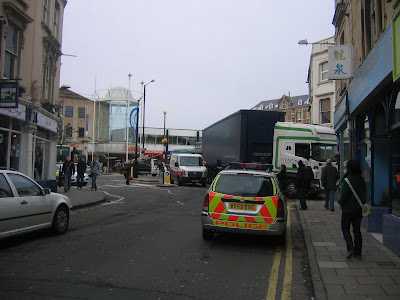 Anyone who looks at the web site should immediately download the Adblock plugin (Firefox, Chrome) so the evening post doesn't get that advert placement revenue.

As for the Bristol Traffic site? After this post we refuse to place any links to Bristol Post articles. Ever. 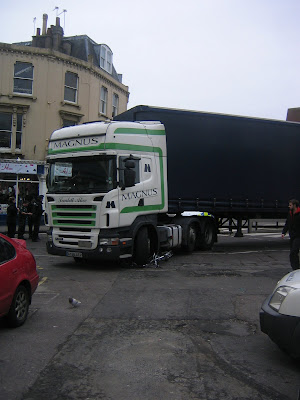 To the evening post, we want you to recognise that this isn't funny. Anyone cycling around the city fears the HGV, fears it coming up behind you at an ASL. Or even worse: a roundabout. If you've ever felt your bike being nudged forward by an HGV at a roundabout as the driver looks to their right, you'll know a moment of cool terror. Moving HGVs are just bad. You fears them passing, as you look to the side to see if its indicator lights are on, warning you that it's about to turn over you. And that's if you are lucky, if they do indicate.

Please pull the article and post an apology for such a tasteless story. 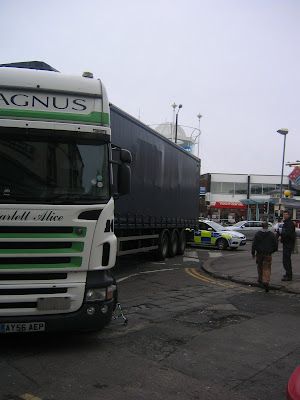 As for the author for the article: we extend the offer of a bike ride round central Bristol. The old BEP offices to templemeads should be enough to convince them never to think such an article would be funny. If that's not enough, we'll take them to Bedminster and then down Coronation Road, returning by Anchor Road to the centre, up to the Bearpit roundabout and then Newfoundland Road. If they aren't left a gibbering wreck vowing never to get on a bicycle again, maybe they will write prose so awful in future

Posted by Bristol Traffic at 10:26