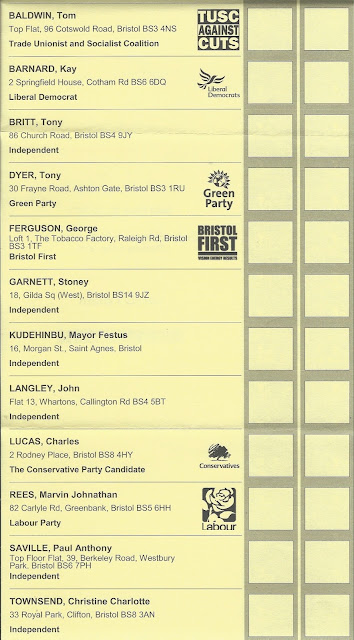 For the second vote you decide who you don't want in: Marvin or George —and vote for the other. Clear?
Posted by Bristol Traffic at 21:07

Not on this, the postal vote. Paul Turner (UKIP) is there, he just didn't fit in the A4 flatbed scanner and didn't seem relevant at a mayoral level anyway.

BTW, if you sign up for postal voting, its easier to vote but you get a lot more people coming round to make sure you'll be the one to go for. Labour party have been pretty aggressive here