These are from mid sept, just some photos of some vehicles encountered on a traverse of the city, from Monty to the Triangle. 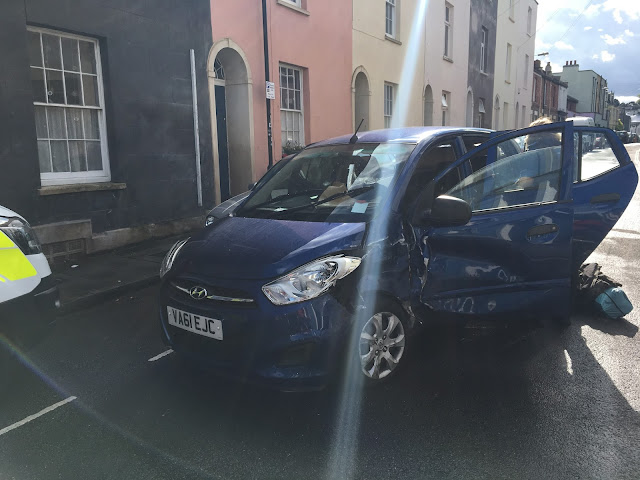 There's a car in the middle of the road; it's go belongings in the back including a childs seat. A PCSO is looking in it. Left hand side of the vehicle is pretty bashed up. No other vehicles "unusally" bashed. No skid/ABS marks. Other than the PCSO, nobody is paying any attention. 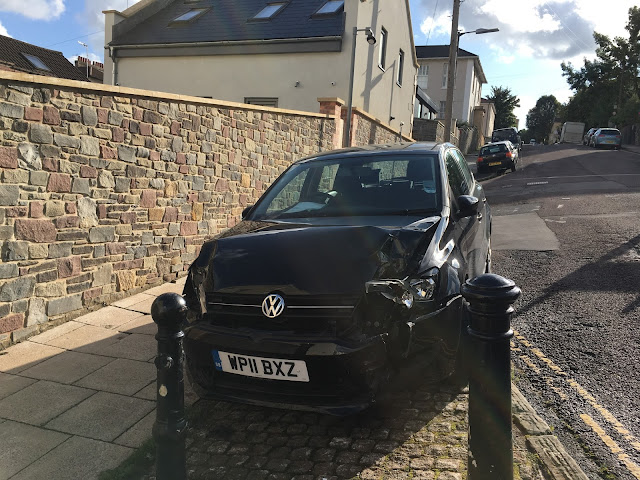 Again, nobody around. This one looks exactly what you'd get when you were parked on the hill, the handbrake wasn't on (+wheels not turned, engine not left in gear), and the car rolled down the hill. If that' the case, at least it didn't hut anyone or any other vehicle. Provided the engine hasn't been damaged/pushed into the passenger compartment, then the VW polo should already be up and running by now.

Overall then: the background hum of bodywork repairs which keeps the city alive.
Posted by Bristol Traffic at 07:00