Elon Musk has been denouncing public transport. Clearly he too has tried in vain to get a FirstBus on a showcase bus route at Templemeads after the 22:09 Paddington train has come in at 00:30 on account of the electrification works diverting it south to warminster.

Key features of killing someone

Nobody will sit next to you like that, you will end up in a tube compartment or a bus to yourself, and before long someone in a uniform will sidle up saying "what's in the body bag, sir?".

And that even excludes the problem of getting a bus in Bristol, which is always a bit sketchy, especially outside office hours.

In Bristol, a small hatchback is the vehicle of choice. 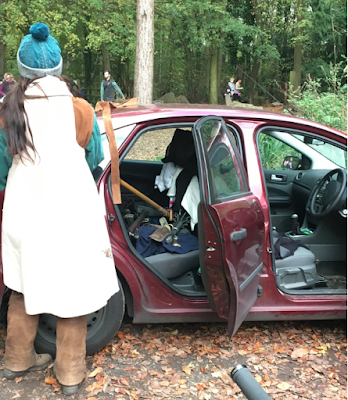 You've got a covered boot big enough to get a body in, low enough hatch that you don't have to lift the body with relative ease, especially if there are two of you. If they're big, you can fold down one of the seats.

Weapons, be they medieval maces or chainsaws, back seats. If they are covered in blood, again, a bin bag or two is handy, but on the way out you can just throw them in, maybe cover in a blanket for a bit of discretion.

That just leaves clothing which wipes down nicely, where some medieval-reproduction apron fills all the requirements of a butchers apron, but seems to get fewer looks when you queue for a flat white with an extra shot in the Leigh Woods cafe, before dragging the corpse off somewhere to bury. 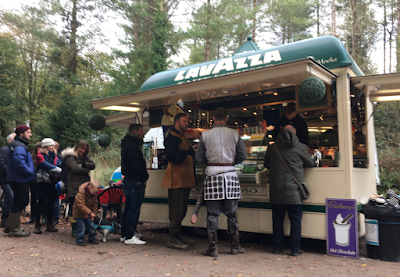 Could you imagine having to deal with a witness report saying "it was an old battered hatchback", and the police having to consider every owner of "an old battered hatchback" as a suspect? That's most car owners in the inner city. A Tesla, on the other hand, well, there's about four bold enough to leave Clifton, and when they do, they'll be on the Clifton Suspension Bridge camera, because if you can afford a Tesla, you can afford to pay £1 to use that bridge, rather than head through Cliftonwood to Hotwells and then over the Cumberland Basin Flyover. (though given the width of Granby Hill, you don't have much of a choice anyway).

There you have it. Serial Killers: battered hatchbacks, weapons on the back seats, body in the boot.

(These people were spotted getting together with similarly dressed and weaponed people in Leigh Woods late one Sunday Afternoon. Either they were going to re-enact bits of Game of Thrones, "It's my turn to be a White Walker!", or Highander. You'd have to wait and see if they started playing Queen's "It's a kind of magic" on some USB loudspeakers. to know which.)
Posted by Bristol Traffic at 10:37