Tax cuts for the wealthy? We can't even afford a second range-rover

One of the cycling troublemakers -a northerner too, we should add, is running a weekly caption competition -last week's was won by one of the team members, Rhode Long.

This week Karl has a photo of Samantha Cameron, descendant of King Charles II of England and wife of David Cameron (bastard descendent of King William IV) in search of a caption.

Here is our submission:


"Tax cuts for the wealthy? We can't even afford a second range-rover"'

The cyclists probably think it is something witty, but no, it is the truth.

For someone earning a modest £250K a year, say someone who writes a weekly article for a murdoch newspaper,  a cut in the top rate of tax from 50% to 45% will only generate another $17K a year of income. That's not enough for a second Range-Rover, so we'll have to make do with something smaller. 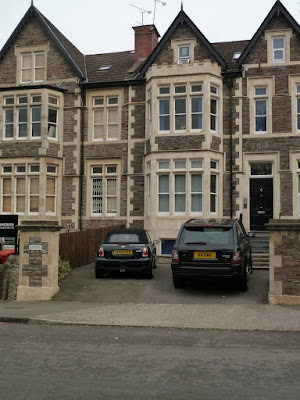 This completely misses the point is that the tax cuts are to let us trickle-down some of our wealth. If we can't afford to buy high end British-made cars, Range-Rovers, Jaguars, etc, then who will?

A second Range-Rover would have been an investment in the country to bring much-needed wealth to the midlands. Now it is not going to happen. We are not getting much of a tax break, and shall certainly be cancelling our premier-league relationship with David Cameron. David: consider yourself relegated to the scottish premier league; you can be rangers.

On the topic of tax, can we discuss fuel prices. The AA have been saying in interviews that fuel prices were "forcing more and more people who need their cars off the road."

Sorry, this just shows the AA are making things up again. If fuel prices are forcing people off the road -well, they clearly didn't need them, did they? It would have been better to say "forcing people who cannot conceive of a life that doesn't involve driving everywhere to discover what it is like"

This is better, because then the AA spokesman can go about how miserable it is. No more AA membership. No more AA insurance. No more need for the younger generation to take lessons from the AA driving school. Such a nightmare scenario threatens the entire leveraged purchase of the AA, so we wish they'd come out and say it. Something like "fuel prices may impact AA revenue to the extent that we cannot sustain our highly leveraged debt and we will collapse as dramatically as a US bank, only with less people caring".

That  would be a statement worth making.

Posted by Bristol Traffic at 21:47