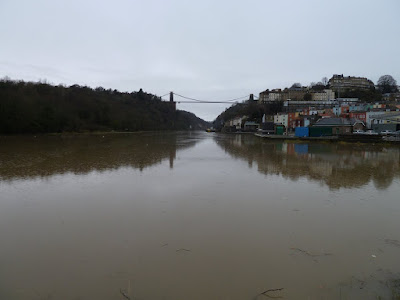 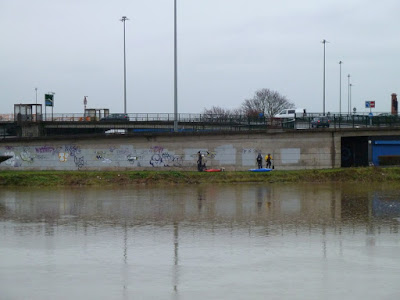 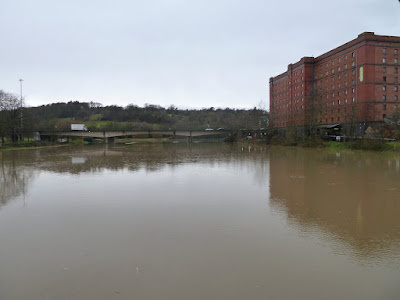 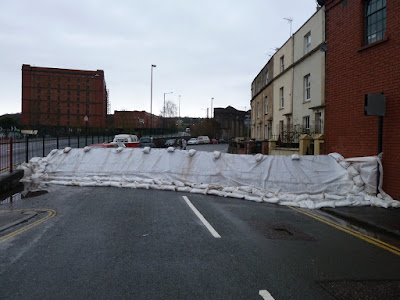 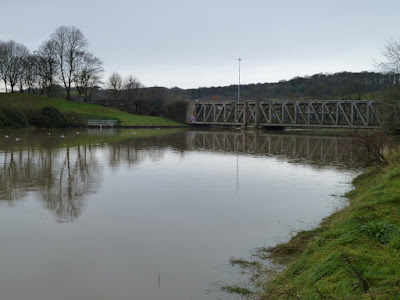 [These photos are all from Jan 4, 2014, showing the Avon fairly close to breaking its banks. Avon Crescent was actually underwater in winter 1990
Posted by Bristol Traffic at 14:10

There is also the detail that these are 1% probabilities for every single flood-prone area in England (I don't know how they are measured North of Hadrian's Wall). There will be no news articles about the places that haven't had any floods since 1995, and its pretty likely that somewhere will get a 1 in a hundred year flood every year (but not quite, because floods in different areas aren't actually independent events).

now that is a good point!

if they were random, and you had 100 flood prone areas, then yes: you'd be expecting one century flood/year. (again, some poisson-distribution graph would cover the spread)

The correct probabilities are 4.95% and 14.85%. It may be you've rounded these up to get your values, but that does make it look like you've made the basic error of simply summing up the probabilities.

correct: Basic math errors. Thank you for pointing out the incompetence of the maths team —they shall be roundly ridiculed