The knives are out in Clifton, the only bit of the city that has successfully resisted the cycling movement 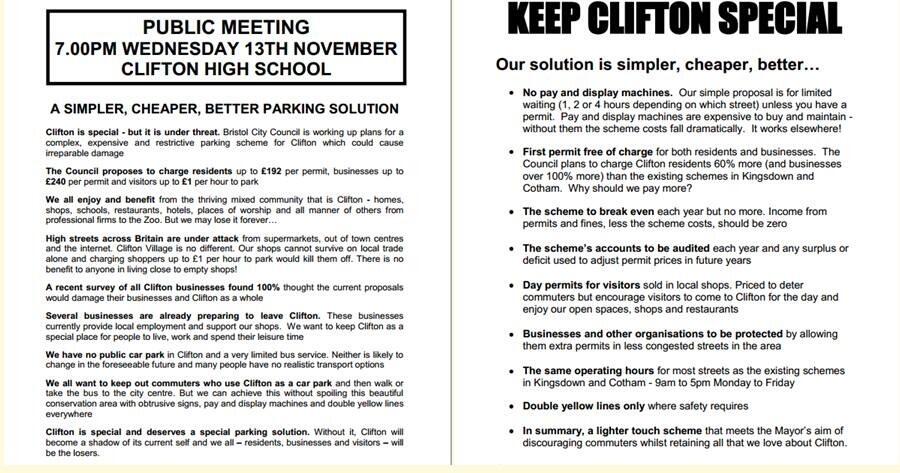 Looks like an Astroturf movement by the Clifton Business Improvement District, who are serving up the full PDF.

The Council proposes to charge residents up to £192 per permit, businesses up to £240 per permit and visitors up to £1 per hour to park


We all enjoy and benefit from the thriving mixed community that is Clifton - homes, shops, schools, restaurants, hotels, places of worship and all manner of others from professional firms to the Zoo. But we may lose it forever...

"Mixed". Except poor people and cyclists -which is why we consider it special : the least diverse part of the inner city. It's also why its more boring to sit in a cafe there watching the passers by than it is to sit in the Canteen watching fights break out in Turbo Island.


High streets across Britain are under attack from supermarkets, out of town centres and the internet. Clifton Village is no different. Our shops cannot survive on local trade alone and charging shoppers up to £1 per hour to park would kill them off. There is no benefit to anyone in living close to empty shops!


This  is a fun one. See the "no benefit of living close to empty shops". What that means is the clifton BID are trying to win residents over by saying "all your shops will go away". Whereas the Clifton co-op mini-mart cannot survive on local trade alone.


A recent survey of all Clifton businesses found 100% thought the current proposals would damage their businesses and Clifton as a whole
Several businesses are already preparing to leave Clifton. These businesses currently provide local employment and support our shops. We want to keep Clifton as a special place for people to live, work and spend their leisure time


There's a big jump here from "shops that will go out of businesses if an RPZ comes in" to "businesses already preparing to leave clifton". It's a good attempt to conflate them, but falls down on the "support our shops".

What it means is this: keep Clifton free for shop staff and businesses to park in.


We have no public car park in Clifton and a very limited bus service.

In its favour: no cycle parking either. Not given the council has never rolled out its on-road cycle park. It does have the Clifton Down train station -but that is still a walk from the village, and the number 9 bus meanders there so slowly you would be faster going down Alma Road on a space hopper blindfolded. Yet there is nothing to stop the clifton BID providing a free/discount minibus for staff and shoppers.


Surely making the area an RPZ will actually free up parking spaces for shoppers that would otherwise be occupied by commuters? Isn't that perceived as a benefit? Of course not! What's being discussed here is staff and commuter parking, not residents or shop customers.


We all want to keep out commuters who use Clifton as a car park and then walk or take the bus to the city centre.


But we can achieve this without spoiling this beautiful conservation area with obtrusive signs, pay and display machines and double yellow lines everywhere

No it is not cluttered by anything right now 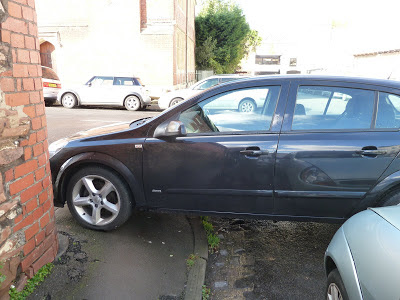 All the cars in these photographs are an integral part of the historic landscape -and as they are commuters for the nearby workplaces, essential to the lifeblood of the village 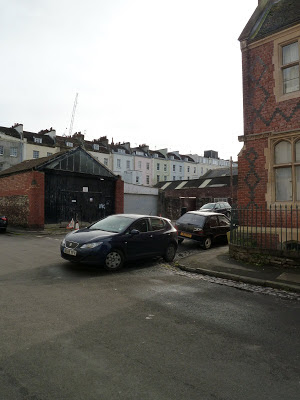 This is where the whole yellow lines and clutter argument is a dangerous one to go near -and why we never do it ourselves. It's too hard to defend. Especially when there is double yellows in the core of the village, near where the bollards for the few tax-dodgers who enter the village go 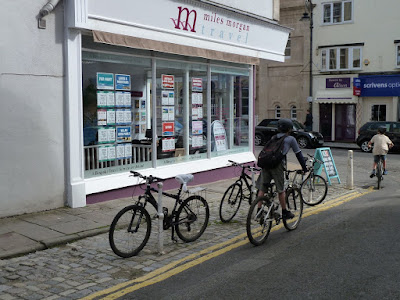 Clifton is special and deserves a special parking solution. Without it, Clifton will become a shadow of its current self and we all – residents, businesses and visitors – will be the losers.

The knives are out here, and the Clifton BID is the one with the kitchen knife slowly pointing it at the residents. Because it is not after shopper space -not really, not given so little exists on a weekday-. It's after making sure that they get enough commuter space for their staff-and that's only going to happen if the space gets taken away from the residents.

Anyway: wednesday could be entertaining!
Posted by Bristol Traffic at 19:58