The cycling police state: first they came for themselves

Cycling is apparently, "the new golf" for the silicon valley people -the cyclists building the new surveillance state. 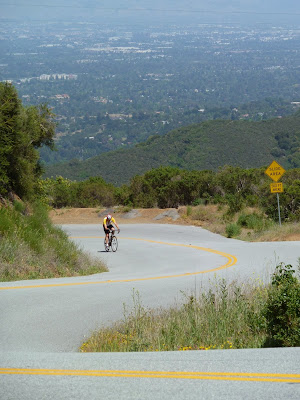 In the distance, the airship hangars of Moffet Field, which we covered earlier. 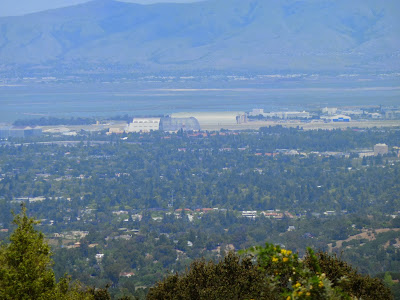 We pointed out that the NSA could easily run a fibre cable under the cycle path to the Googleplex. We broke that news two weeks before the "legacy" printed press. Nobody can accuse us of being a spoof now. 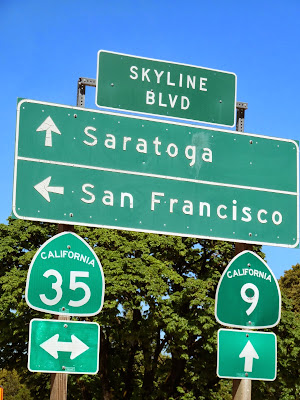 What do these police-staters talk about? Their plans for watching everybody. But who do they start with? The drivers? The pedestrians? No, they come for themselves, with the Strava application running on their phones, measuring their time up Old La Honda. 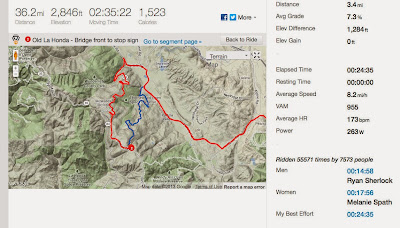 With their phones they can measure their speed, compare it with others, and give them their performance on a ride

Which is where we have some bad news for this particular tax-dodger. 2400 of 7500 puts them only just inside the top 1/3 of climbers, which isn’t very good, not for someone near the top of ninetree hill. And that heart-rate numbers makes it clear they were suffering all the way up, heart rate jittering between 170 and 184.Which tells us that they are under fit, getting old and losing peak heart rate, and possibly overfond of consuming beer at those establishments at the top of Ninetree Hill, such as the Hillgrove.

No, this person wasn’t up to having business deal conversations with anyone else, not in aerobic deficit for half an hour. If cycling is the new golf, this person isn’t a good golfer.

Which is information that Strava now knows. In fact, it will know


This is valuable information -and yet they are giving it away for graphs of how fit they think they are.

For everyone worried about the cyclists building a surveillance state, know this: they will practise on themselves first until they have it right

Posted by Bristol Traffic at 10:00