The elusive "Bristol Citizen" asked us why we forgot to mention anarchists as the cause behind the riots. Good question.
It's hard to see theft of LCD televisions as somehow aligned with the Anarchist cause. Indeed, it's hard to see a complicate blackberry-and-facebook based Command-Control-and Communication Infrastructure being operated to co-ordinate such thefts. Sitting in a pub like The Hare on the Hill cheering on rioters out on ninetree hill -that we can accept. 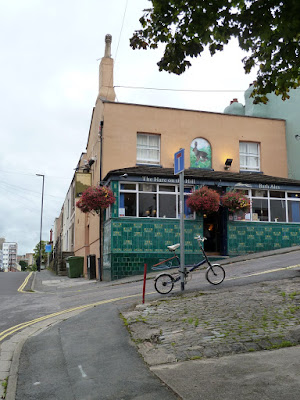 Planning a mass rising of the population in Croydon. Unlikely. Croydon? It's not exactly the Bastille or the Battleship Potemkin, is it. If you are going to plan a revolution, pick somewhere dramatic to be celebrated in cinema and art for centuries. Not Croydon.

Who then? Well, we also forgot to mention Rave Music. - music described in the 1994 Criminal Justice and Public Order Act as "sounds wholly or predominantly characterised by the emission of a succession of repetitive beats". A music so dangerous that they had to ban rave gatherings, out of fear of groups of people wearing lime green t-shirts dancing to A Guy Called Gerald threatened society -or at least the alcohol revenue of clubs, pubs and national supermarket chains.
There's another issue: where did all the balaclavas come from? There's only one group of people who go round the city with Balaclavas and facemasks, geared up for a mass uprising and already showing an affectation for consumer toys. Yes, the cyclists. 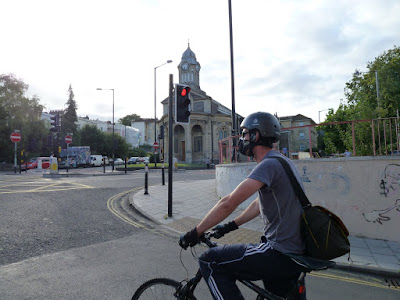 With the face gear, the fingerprint-protecting gloves and the riot-ready helmets, along with the nimble wheeled subversion-mobiles, these are the real criminals in our society.

What to do? The obvious answer is to show that we aren't intimidated, to place our range rovers firmly in the cycle paths and say "we will not be intimidated!" 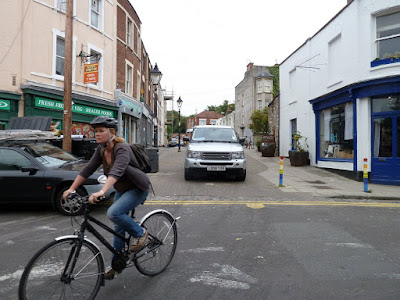 Praise L008YXR for being the first of the true citizens of our streets to drive over to the bike paths of Montpelier and show they are not afraid. Already you can see how the passing cyclists look threatened and unhappy! 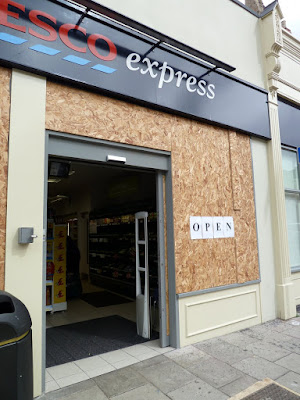 Tesco would like to us to remind you that they are still open.
Posted by Bristol Traffic at 07:08