A Visitors Book briefly appeared at the bottom of Ninetree Hill last month, dangling from a tree 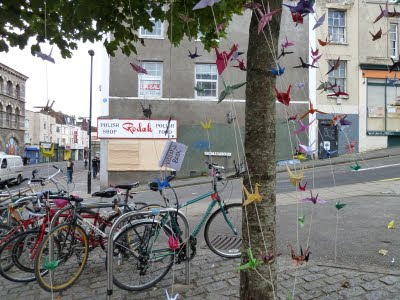 Some people think it's cute, but we know different. It's a new way to catch rioters.
If every hour the police come up and put their name in along with the time, then if there's a riot all they need to do is go to the book, look at who signed it during the riot, and put them away for five year. It's the physical version of facebook. Indeed, it even has the work "book" in there, which is one of those concepts the Daily Mail want to ban, or at least burn.
Fortunately YA55VDY is wise to these police tactics, and doesn't sign the book. 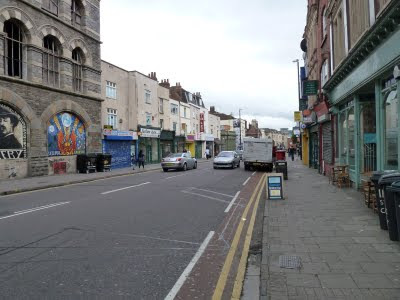 For those readers who don't live in our fair city, it's about time we gave them a view of Stokes Croft, one that shows how it is the areas leading artistic and cultural quarter. Which it is. 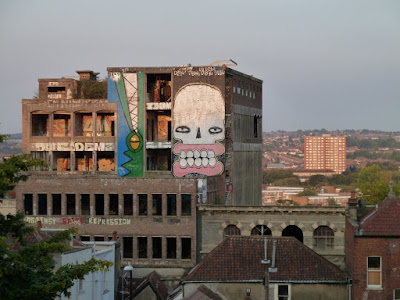 At least, provided giant grinning skulls painted by 3dom and Rowdy are things you can cope with. We feel for the people on Dove Street, who have that staring at them out their bedroom windows. How long do you have to live there before it starts talking to you?
Posted by Bristol Traffic at 07:13