It's lovely to see a company -here Films at 59- taking on an idea like "shared space" and embracing it.

Here on a weekday we can see them doing it perfectly. 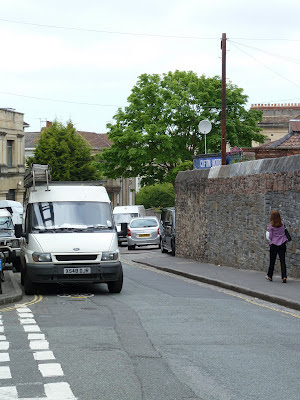 Further on, the paveparked car LD07NYF, the van KU59DLJ that's claimed the driveway  and the white vanRD04NXU  half up on the pavement rounds it off -this area is shared with pedestrians and cyclists -we hope they appreciate this sharing! 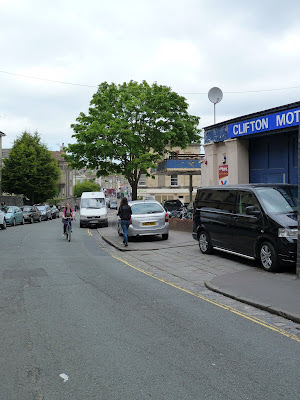 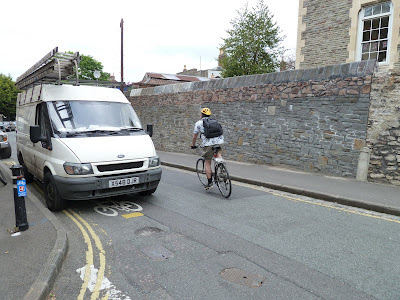 The way they've managed to remove all visibility acts as a lovely piece of traffic calming, as even cars have to slow down. 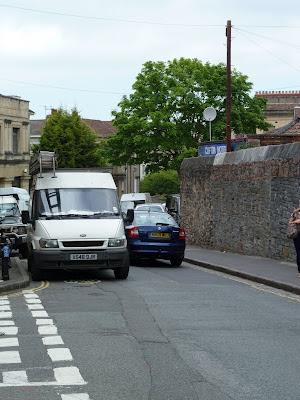 Congratulations, Films at 59, for this selfless action.

The last time we had some coverage of this shared space area, there was a blip in traffic with a referrer of some server in the films at 59 domain -as if someone saw the coverage, agreed that having one van block the pavement made it harder for other vans to drive up it, and raised the issues with their colleagues.

Clearly the "shared space" approach is the solution to this problem.
Posted by Bristol Traffic at 18:45