Over in Temple Quarter there's a big purple wooden fence up with some marketing blurb, including a photo of someone on bike in hi-viz who is "building the future in Bristol" 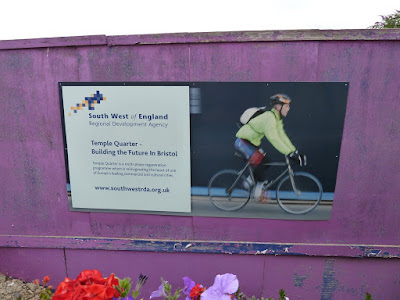 Where is Temple Quarter. Next to station, where the cyclists dismount stretch of a sustrans route begins. 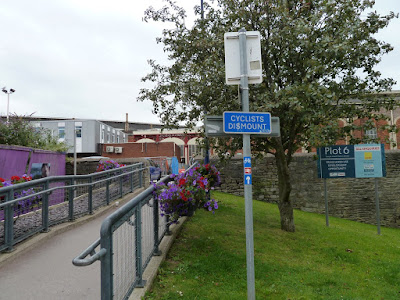 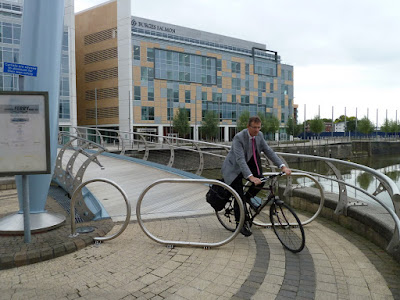 One commuter deftly negotiates the safety feature. One that presumably creates a pedestrian/cycle conflict too.
People might think the area picks on cyclists, and hence note the complete inconsistency between the marketing and reality, but that's unfair. 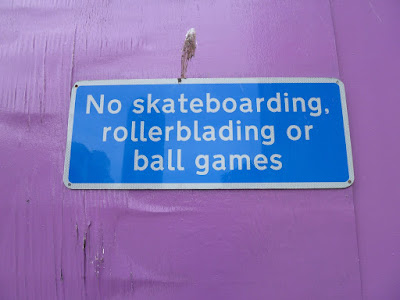 They pick on all round things, be they cylindrical or spherical.
Now: the competition. What is behind the big purple fence?
Posted by Bristol Traffic at 07:27

It's Barnle, the Bristol purple dinosaur! His job is to unjoin any joined-up thinking that comes along, and sing a merry song. Or two.