There is a fair amount of pavement parking in Redland. We've chronicled a small proportion of it over the years. In roads like Woodstock Road, and Clarendon Road it's rife.
So it was a shock to see a car (in fact more than one) with all four wheels on the road, parked next to a tree. We suspect that the tree may be the reason, but it's always the exception which proves the rule.
And the Redland Rule is "Park on the Pavement", unlike the Stokes Croft Rule, which is "Park in the Cycle Lane". 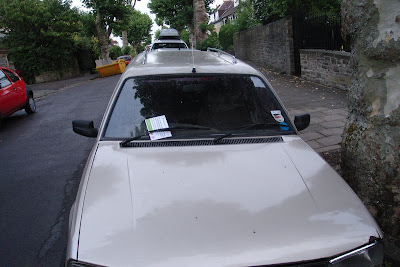 If you break the rules, though, you will come in for some flak... 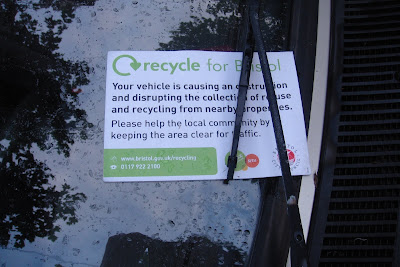