They have stolen our Road! York Road, from the Thali Cafe up to Fairfield Road, the secret locals-and-minicabs-only route from Stokes Croft up to Ashton Vale, is closed with a diversion onto an even narrower road. 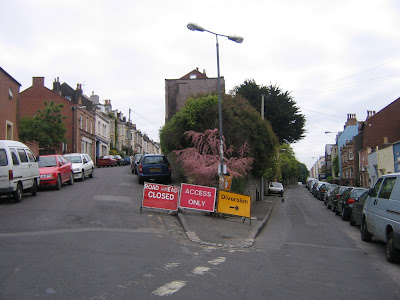 What's worse, bicycles are still being allowed through. 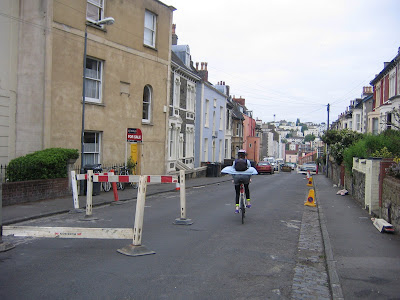 As well as doing something to stop bicycles, they should take away the bollards closing Richmond Road off to traffic, which would give us an alternative. Instead the build-outs get abused as a place for small children to play. 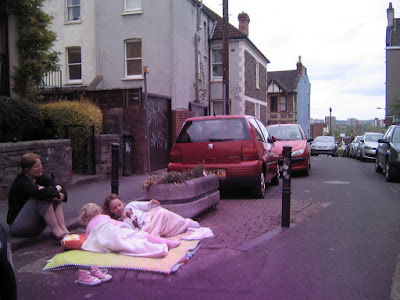 With no road, and less parking, Montpelier residents are being forced to park across the city and walk home. How can you recognise them? Wherever they have to park, they do it Monty-style: 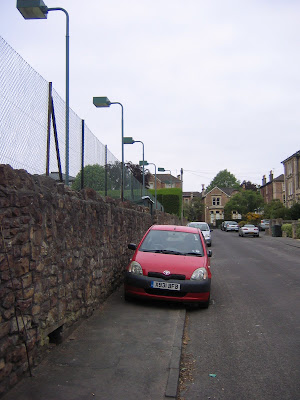 You soon recognise it: as far up on the pavement as you can get without damaging that wing-mirror; with the roadside wing-mirror folded in. Shown by Monty refugee X931BFB, forced by the York Road closure to park on Duchess Road, Clifton -over a mile away!
Posted by Bristol Traffic at 07:25