Been 6+ months since our last B.Traffic team visit to Pompey, so we nipped down to enjoy a town whose team is slightly closer to the bottom of the football league than one of our own teams, so a bit of gloating. Of course, their town hasn't offered to pay for a world-cup class stadium, so it cuts both ways.

Now, the seafront, always a source of entertainment.

Today we see someone in one of those so called "practical" bicycles, as opposed to a mid-life crisis toy. But look -she is choosing not to cut across the road into the dedicated two-way cycle route. So much money, and these disrepectful underpeople ignore what we offer them. 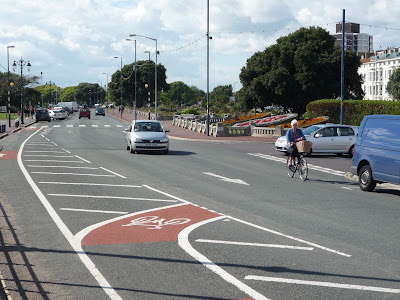 Fortunately, not all do. Here, at the end of the path, we can see a father and child at the head of a family group, leaving the road and going over to the traffic island. 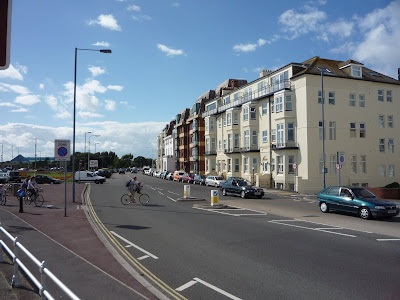 An island where they are followed by their entire family. Some people think "sweet", but we look at how much the back wheels of the rear two family members stick out into our lane, and wonder if they'd have the 3rd party insurance to pay for our bumper damage were we to clip them. 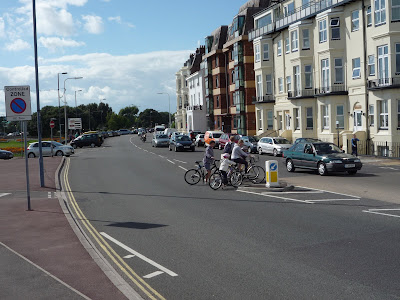 We know some people will be saying "it's daft to have a bike path that cuts over lanes, how are you meant to get home alive", but we say "you are ungrateful whiners". We also have to point out that the council is doing the best they can. There is nowhere else they could have put in this much space for bicycles. 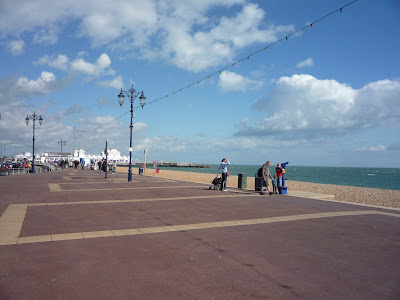 Nowhere at all.
Posted by Bristol Traffic at 07:39