It was bad enough when some of our road tax was diverted to bicycles, but at least bike lanes are meant to keep bicycles out of our way. Then some troublemaker came up with the idea of 20mph roads, so every road would be a bike lane. Excuse us? "road", "street". Not bike lane.


Portsmouth was a challenge but after a bit of behind-the-scenes work with the council we got all the main roads, all the through roads, all the important ones kept at 30. That offered a number of benefits:
We were pretty chuffed when the Portsmouth review came out, pointing out that adding 20mph signs to back roads had had no tangible benefit. That was the whole point! That was why we put them there!

Unfortunately, some people in the council -and that Jon Rogers has to get a lot of the blame here- read it completely differently, concluding that for 20 mph zones to work, it has to cover the entire area. Yes, he is correct, but that assumes that you want 20 mph zones to work.

We, the important people, don't live in inner Bristol because its dirty, noisy and full of traffic and poor people walking and cycling around. We live in nice parts of S. Gloucestershire or North Somerset and drive in precisely because we can do that instead. Of course the people who live in the inner city want these 20 mph zones, but that's their fault for living there. Our little 21st century suburban enclave has a 20 mph limit too, so that people can drive into their garages carefully. If the people in Southville, Easton and St Andrews want to live in streets like that, they can come out and join us! 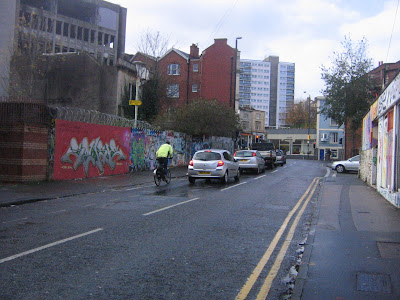 Instead in Bristol, this main thoroughfare, Ashley Road will be given a 20 mph limit. That will increase the transit time from Stokes Croft to the M32; it will add an extra two minutes on the commute time to and from the North Fringe from residents of Clifton, Cotham and Redland. 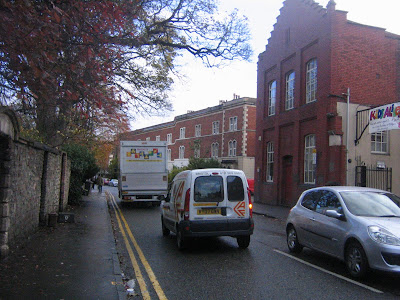 This is not a residential road, it is a direct link between the M32 and other parts of the city. It is so that we important people who don't live in the city can drive to our important jobs, so that delivery vans essential to the UK economy can do their routes. 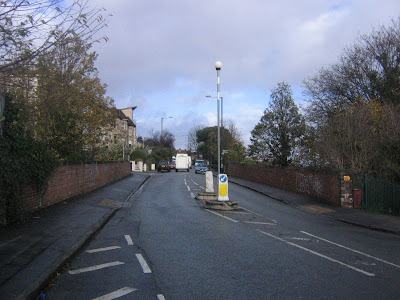 Here's Ashley Hill. No houses alongside here, a nice road to put your foot down when you get past those ridiculous traffic lights at the bottom. But not now, oh no. Now we will have to pootle. 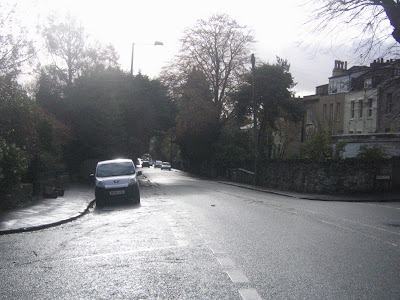 The worse part is that it knifes the Portsmouth scheme in the back. The amount of under-the-table funding we in the motor industry had to pass on to the relevant people of power was justified given it set a precedent for the rest of Britain - a scheme that let us talk about road safety but without doing anything to force us to slow down.

Now this. A precedent for the rest of the city. How can main roads like Gloucester and Whiteladies stay at 30 mph now? How can useful school/commute rat-runs like Pembroke and Cotham Roads not get their 20 mph limits. Which, if enforced to 30mph, is still 10 mph lower than today.

Worse than the city though: the country. Instead of traffic engineers going to Portsmouth to see what to do, they will come here, and take the same approach home with them. This is a chilling precedent.

We are equally shocked that not one so-called mainstream media outlet has asked us for our opinion on the matter. Why do campaigns like Speed Safe, run as a hobby by one person and a web site that has barely mastered the <blink> tag get all the quotes in the national papers? Why does Bob Bull from the local Association of British Drivers get his letters in the Evening Post despite the fact their web site looks like something badly designed in 1996 and they only have eight members in the city? The press should be coming to us as the mouthpiece of the motorist, instead of these amateur organisations that cannot be taken seriously. The fact that they have not offends us almost as much as the 20 mph zones themselves.

that photo looking down Ashley Hill clearly shows enough room for a dual carriageway, and they are excluded from 20mph limits. Let's petition Jon Rogers for it.

Ironic that this is going through the week it was announced that a car that can travel at 1,000 is to be built in Bristol.

What say you to that??