More signs of trouble by the A38. This is Zetland Road, the A38 Northbound is the road curving left in the distance. That is the road that a cyclist ended up in critical condition after a crash with a car turning right into somerfields. While we extend our concerns and sympathies to our families, we are also concerned that the evening post removed all comments criticising cyclists on that news article and have now locked it off to futher comments -after only 24 hours of letting us vent our feelings. This is censorship, and a sign that the E.P is slowly becoming sensitive to the feelings of the family and friends of injured cyclists. That is the slippery slope to not printing Lycra-Louts-the-Enemy-Within articles on a weekly basis, which worries us.


Returning to Zetland Road, there are now some changes. First, a big red sign, "signal priorities changed". More on that in the week. We believe this junction is going to be Bristol's entry into the 2010 Bristol Traffic anti-bicycle awards. 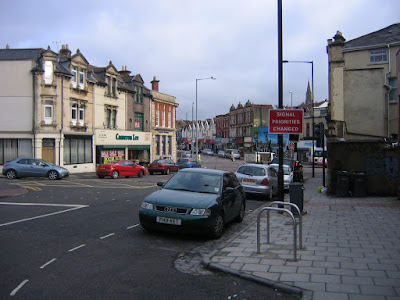 Down on the A38 itself, three new stands have taken up a historic parking place of the city. Some people may think this is good, but look. The road is now permanently narrowed by bike stands, as well as being of no use to cars. There were two stands round the corner only used by the dissolving remains of a bike frame, so why add more? 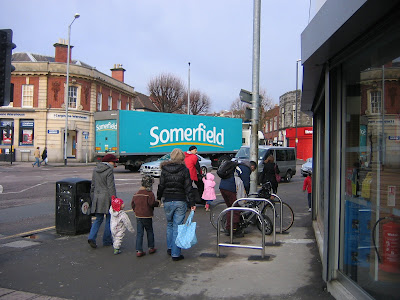 Further up Zetland Road, you can see the bike stands force the local shops to double park their vans on the bus stop rather than get up on the pavement. This removes a parking place for one of their customers, so can impact sales in the area. 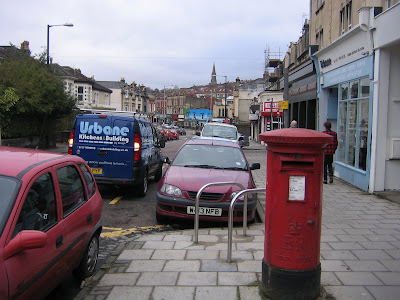 As an aside, please can the BCC give us some warning of their plans to put in bike stands. We like to take before pictures, to mourn the loss of street parking. Currently it is just a sheer coincidence that we tend to have before photos of cars on pavements in every location the council has added bike parking.

Posted by Bristol Traffic at 07:30