The history of Bollards

Before Christmas, we claimed that the tradition of painting bollards, here the Montpelier bollards in front of T739MNV dates back to the Crimean War 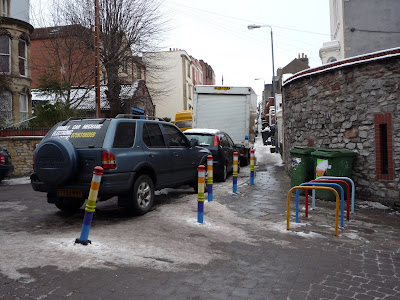 Some people may have suspected that we were making up things, telling porkys. Not so. Our claims were picked up and repeated on facebook by one of the world's premier bollard vendors, which made us wonder -should we do more research?


First, down to Monty. Even though Jan 6, Epiphany, has passed, the Bollards are still painted. You can see how their colours stand out well in front of KR03URE, S788RUH and our old friend, YJ52HYE. The new movable bollard, sporting a traffic cone and tilting badly, stands out. 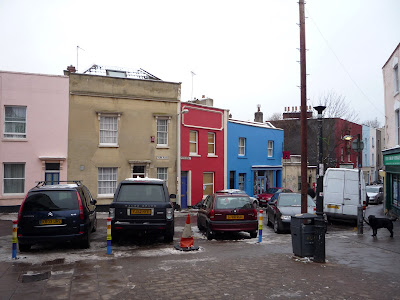 Then online, search bollard+crimean+war.References do appear, including from pages that predate our posting, showing that any accusations of falsehood on this site, any claims that we make things up, are entirely without foundation.

There is also the Crimean War Research Society, which claims to research the war, but has no coverage of bollards whatsoever. This is disgraceful.

Posted by Bristol Traffic at 15:22

Try again, this time with a clickable tinyurl (BCC really do know how to bury their consultations...).

Have a look at http://tinyurl.com/yayme6w

We have until 29th January 2010 to propose more bollards, or to buy shares in yellow paint makers.

Of course, this is unlikely to impact on parking in Picton Street, which remains as accessible as ever.