One of our reporters "P", sends in a couple of pics of Berkeley Square, off Park Street. The first notes the availability of a large area of  parking spaces. 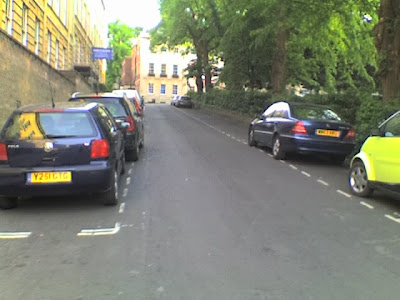 Yet round the corner, the range rover K200V is parked in front of the steps, on the yellow lines. Our reporter asks us to explain the reasoning here. 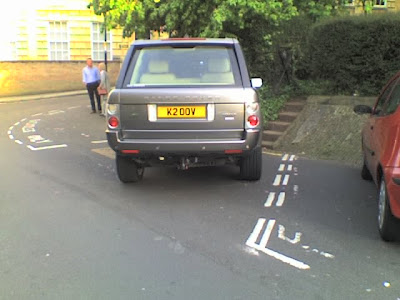 Well, its obvious why anyone who owns a range rover would park where it has.
Some people my think that the RR is blocking pedestrian access to and from the park. Not so. It is possible to get in and out, you simply cannot run down the stairs and straight into passing traffic. In the absence of any tax-payer funded pedestrian safety features, the range rover driver is providing such safety features as a charitable gift to people too poor to afford their own 4X4.
Posted by Bristol Traffic at 07:41