People are probably expecting us to criticise the council for blocking off the A4 portway on a Sunday on their "Bristol's Biggest Bike Ride" event to let families cycle down it. No need for us to do that, the Evening Post article comments where people point out that "the spattering (I'm not sure that's a very PC description) of cyclists on all the commuter routes, is like having to continually watch out for potholes or missing manhole covers", and the letters page have done that already, while we all praise the fact that the taxi driver who killed a cycling commuter on the A370 -a death now officially described accidental- could have been any of us pulling onto the A370 after negotiating the Barrow Gurney traffic calming mess.
We aren't going to join in because we don't actually mind the cyclists being given one day out of 365 where the whole family can get their helmets and ikea-branded hi-viz stuff out. One day. Some of us even took part. 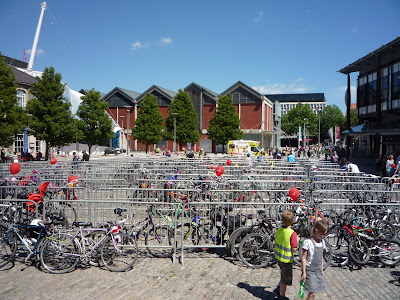 We aren't even going to complain about the kids cycling on the pavement in the centre, as they are technically allowed to do this. Traffic was held up by marching bands anyway. 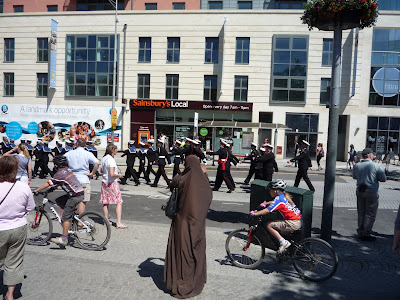 No, our main issue is parking. If the council is going to organise a ride for the family, somewhere where everyone can safely cycle round for a Sunday ride, why start and finish it from somewhere where there is no adequate parking? It's not as if the families are going to cycle there -are you mad? No, we have to drive, it's the only safe thing to do, then why is the only place to park your Mercedes the bus lane outside Explore-at-Bristol? 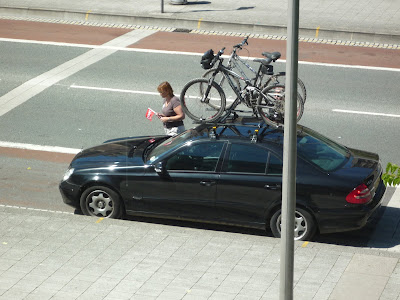 Come on Bristol council, if you are going to organise a bike ride, at least give us some decent parking at it!
Posted by Bristol Traffic at 12:29