Evening Post! This is not the war on motorists!

The EP is upset that the council wants to turn 12 paid parking spaces into 72 on-road bicycle parking spaces. The title of their article "IF drivers think it's hard to find a parking space in the city centre at the moment, it's about to get worse.".
We love this. Some people are probably expecting Bristol Traffic to be up in arms on the same topic, but we are too busy laughing at the naivety of the E.P. to bother. Here is why we aren't complaining.
1. We have had a copy of the plans for about a year. If the E.P. is surprised, it means they are out-loop.

---------- Forwarded message ----------
From: "Nick Pates"
To: "Alex Woodman" , "Mark Wright"
Date: Mon, 13 Jul 2009 12:25:43 +0100
Subject: Pay and Display cycle parking proposals - Cabot
Dear Councillors,
As part of the Cycling City project we are proposing to remove
10metres of pay and display parking at seven locations to replace with
cycle parking. I have attached a plan of all the proposed locations
as well as a draft letter that I intend to consult with.
I would appreciate any comments you may have.
Yours sincerely
Nick Pates
Cycling and Walking
Bristol City Council

Twelve months ago these plans came out. Where have the E.P. reporting team been? Probably hanging around with Bristol City people getting wined and dined to believe that after England win the 2010 World Cup then its a cert for England hosting the cup in 2018, for which we need a giant supermarket in Southville. Got some bad news there, folks.

2. We were consulted on the plans. We are Bristol's premier web site collecting data and reporting on traffic issues in the city. Unlike the rest of the motor lobby -the RAC, the ABD, the AA, we are rational. We don't just deny bad news or the entire process of science just because we don't like the answers. We collect data, and reach conclusions.

3. We support it! Really! This does not mean we have changed sides!

Why do we support it? Because they are taking away pay-to-park spaces, and nobody uses them as you have to pay. We much prefer zebra crossings, double yellow lines, traffic islands to a slot that demands money and which offers time limits on the parking.

3. The only people that park in most of the areas are students. Not tax payers. Students. We can see that by doing a drive by last week, out of term time.

Tyndall's Avenue: empty parking spaces. The university staff either have access to the car parks, they get the bus in, or they park+walk. 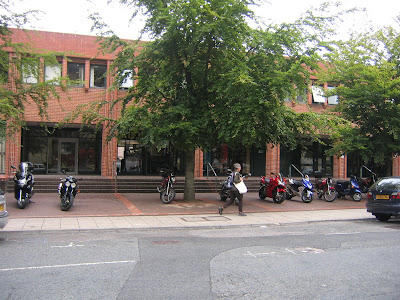 Round the corner, Woodland Road. Utterly empty. We, the tax payers, have paid road tax already, so we refuse to pay extra to park. We'd rather drive around for half an hour to find an empty corner in Cotham then walk in. 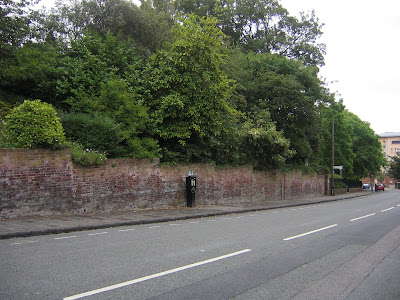 The only people who use this are not only students, they are the students with enough money to pay for parking, which is a small subset of students: the ones with lots of money. We feel no guilt about having their parking options removed, so they can't drive over the downs for one lecture, half an hour in the gym and then home again.

The argument here is therefore not "bike parking vs car parking", it is: how do you want students to get to university?
The best bit: if there is no option to drive in, some of these tax-dodging students may not bring their cars at all, which will free up more street space in Clifton and Redland.