One area where the Clifton Residents have convinced Barbara Janke, the local councillor and leader of the Waltham Forest Faction in the council, is Clifton Park in Clifton. We drove over on a school-run morning to assess the viability of the idea.
Well, it's wide road, but there's enough parking already on it stop the troublemakers trying to sneak in a bike path or two. 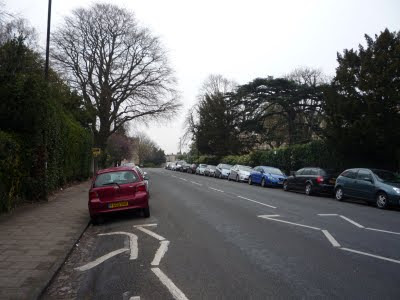 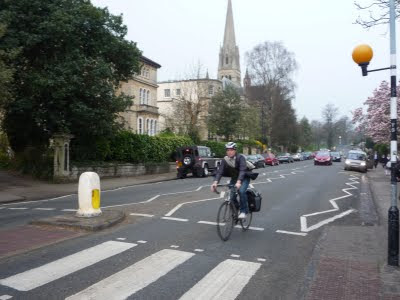 You could push for it's removal, but that would make dropping kids at Clifton High harder. 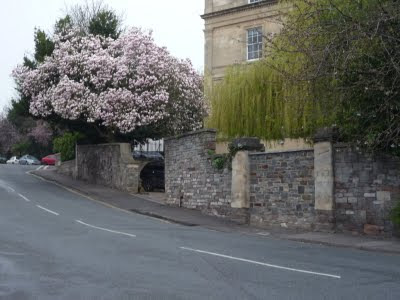 Further east, towards Pembroke Road, something catches our eye. A clear space. 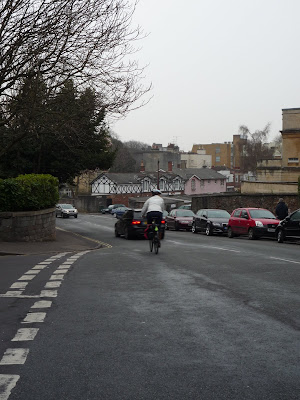 Admittedly, it is on a blind corner and if you approach it at speed it's where you'd swing in. Even if a bit of space was left in yellow at the end, the rule "if you park next to a legally parked car -it's still legal" would apply, so it wouldn't work.

Looking at the placement of bicycles on the road, and the oncoming cars, it's not clear that's the road here is wide enough for extra parking. Furthermore, as the road reaches Pembroke Road shortly further on, there's often a bit of a traffic jam in the morning. Having two lanes of traffic here helps a bit.

What is important though is to stop the walking/cycling troublemakers from noticing that there is no safe place to cross this road other than the zebra crossing in the first two photographs, which google maps tells us is 250 metres away. For someone to cross the road safely (and once we ban Jaywalking, legally), that's 500 metres of exercise. For their own health, as well as safety.

The big risk is that somebody pushes to get a zebra put in here or by the wide Clifton Park/Pembroke Road junction, as that would add at least 20s on the school run. A bit of Walthamization would see this off before the idea even got raised.
Posted by Bristol Traffic at 07:31