A lot of the press and our glorious leader of the Department of White Vans, "Hoverboard Hammond" is saying that electric vehicles are the future. We disagree, as their design goals are incompatible with white vans and their owners needs.
Their range is too limited, luggage space too small. They only suit people doing commutes to and from work. It's a very expensive way to subsidise that commute. 5000 pounds is like giving away a season ticket or five bicycles. It's like giving away a six year old car. 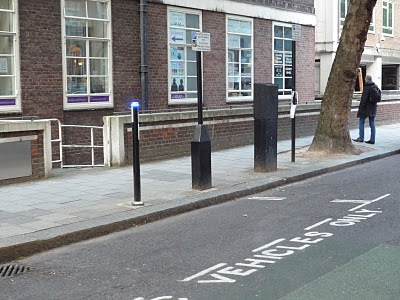 The EV charge points will take away parking from us the tax payer. We say "us", as EVs don't pay road tax, don't pay fuel duty, and therefore have no more rights than cyclists. So they should get off our roads!

Depreciation is an unknown. This isn't picked up on, but on a laptop with LiIon batteries, batteries decay with age -independent of use or charge cycles. That's why a five year old laptop has to stay plugged in to the mains all the time. As the users of vehicles that we like to run into the ground until the cost of MoT fixup becomes too high to justify continued use, this is ridiculous.
For the car manufacturers, having a shorter lifespan for their products suits them. That's why they had the vehicle scrappage scheme, that's why a second car that can only be used for commuting, shopping and school runs that will have a completely dud battery within 5-6 years has their eyes lit up, especially if the government is giving 5000 quid back on each purchase. The customers will still need the big car for weekends, so this lets them charge a premium on short-lived urban toys while pretending they are greeen.

But it doesn't suit us, the van drivers who keep the cities afloat. All they are are just more school run parents pootling along in our way. 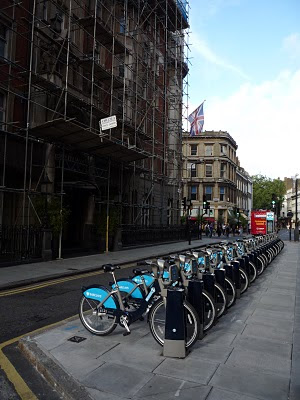 This doesn't mean we are coming out in favour of boris bikes either -they take up parking and space, but since the space is in London's C-zone, that's not our problem. At least every user isn't being given 5000 pounds worth of our road tax money. And they are in London, not Bristol.
Posted by Bristol Traffic at 06:37

Unfortunately, the London bikes are even more expensive than the electric car subsidy. So far, they've cost over 23000 pounds per bike.

It's cheaper to subsidize electric cars, and as Hoverboard Hammond has so eloquently pointed out, electric cars are just as effective at reducing congestion. Therefore, more empty roads for important vans.

And you know how it is with electronic gadgets. People just love to replace them with the latest model six months after purchase. Five years of battery life combined with depreciation to zero is just fine.