While down at Hotwell's Primary, we thought we'd have a look round to see where else parking restrictions could be relaxed. 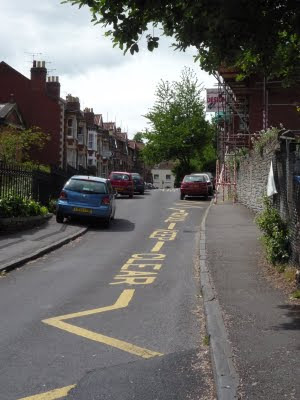 Well, there's a bit by the school marked "school keep clear" that looks like a good opportunity. 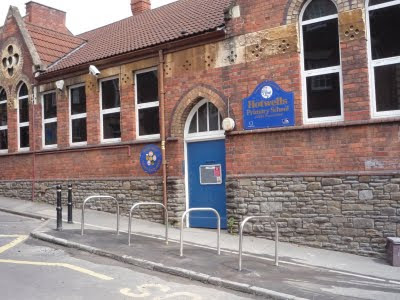 Round the corner there a build out with bollards and four bike parks, stopping even important parents from using it. 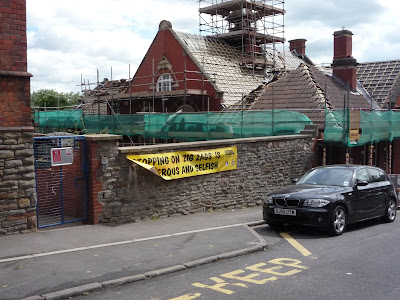 There's even a sign "stopping on zig zags is dangerous and selfish". But as that's not live evening and weekends, that's a problem for commuters rather than residents. 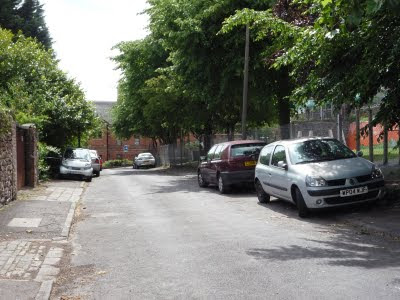 Round the corner -on a weekend- no parking problems at all, with a pavement where you can park close enough to the fence to ensure that neither side of your vehicle gets scratched.
This is why we think the proposal to take away one short-stay dropoff point on Hope Chapel Hill to add at most two parking spaces is misguided. There's lots of pavements to park on outside of the weekday, and if you add two more spaces, well, that just adds room for two more commuters -people who aren't in the Clifton wards, so aren't going to vote for Barbara or Terry in a fit of gratitude. It's the school-run parents who will be most inconvenienced, and they who are the biggest threat.
Posted by Bristol Traffic at 07:05