Clifton Politicians: the imagination of Goldfishes

Back in March, we noted Clifton's proposals to sneak in some extra double yellow line removal, using "traffic calming" as the excuse. Well, it's been approved. More on that another day.
But before we look at the councillors actions, let's look at the opposing team, which in Clifton means the Conservative Party, leader one R. Murdoch. The losing candidate the May Election says "we need more imaginative thought to solve the problem" of parking. In particular, this ambitious politician is "undertaking a survey of the entire community, finding out where yellow lines are needed and where they can be taken away" and by doing so, he has found 100 metres of double yellow lines that aren't needed. 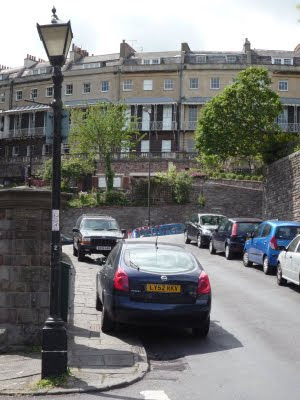 Well, Clifton certainly needs help if it is not to become like Montpelier, as LY52RKV and  S899ANW are forced to do. Yet these are nice cars, with wingmirrors -and Montpelier parking doesn't suit them.

We asked one of the tax dodgers what they thought of the proposals, and got this reply, which we quote unedited:


Those yellow lines aren't just wasted parking, they probably stop roads being blocked, helping through traffic, and make it easier to pass bicycles. Replace that with unrestricted parking and what do you get? 25 more cars.

That's about as imaginative as a goldfish.

Imagination would be pushing for even one car club car bay in Clifton.

Imagination would be to put in bike parking in the village so that people don't need a car to drive from their house to the shops.

Imagination would be to discourage parents from driving their kids to school by enforcing rules about keep-clear and parking on pavements.

Imagination would be to use a resident permit scheme to limit car ownership, eliminate commuter parking and ensure that "sustainable" housing has an even harder limit on the number of cars per household.

Imagination would be to encourage the residents to use the bus, instead of trying to reduce the number of hours the new bus lane will be running.

This shows no imagination whatsoever and is painful to read. Are you sure the Clifton Conservatives web site isn't some kind of spoof?

Obviously, we don't agree with any of the actions, but we have to agree with their comments about imagination. It is the lack of action from the authorities that are forcing the residents to act for themselves. Such as here, where DV60XJL is forced to park on the yellow lines and pavements outside Tesco Express. 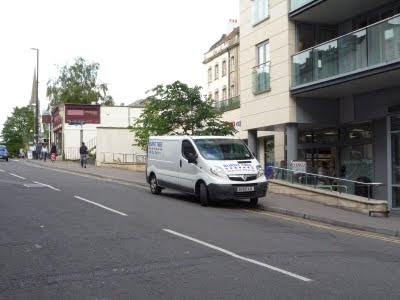 But even that is fiddling around the edges. As the tax-dodger notes, 100m of yellow lines only transfers into 25 spaces for important vehicles. Noise. And more to the point, we are already using a lot of that space already. It's not "unused parking", it's parking areas reserved for important people in a hurry -such as the Mercedes N445CRP. 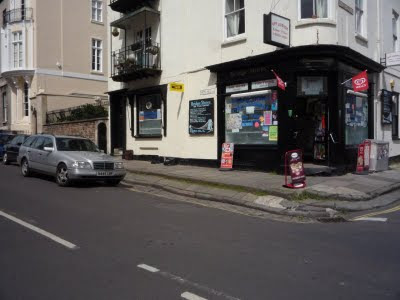 Even if we don't want people thinking outside the box, we do want our councillors to think of a much bigger box than adding 25 more cars to Clifton. Or maybe thirty if you force the cars in hard enough. 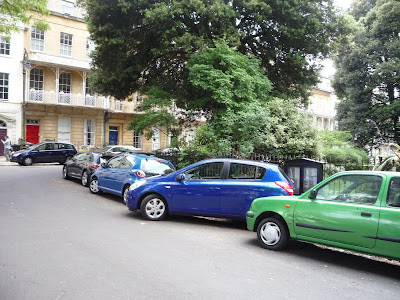 We want much, much more. Here's what we propose
Faffing around with 100m of yellow lines isn't going to solve the problems the area has. At least the locals are already imagining more than this so-called-contender has to offer. This is important, as the councillors in charge share the same limited imagination; it is down to us citizens to act.

For the next few days, we're going to cover Clifton!
Posted by Bristol Traffic at 07:51