Clifton: some bike parking has snuck in to the village

Before we can declare victory in Clifton in the motorists side of the warn on motorists, we must note that some bicycle parking has been added to the village, and it is -shockingly- in use
On the mall: two stands, three bikes, on a buildout that would easily fit if not a 4x4, a little mini. 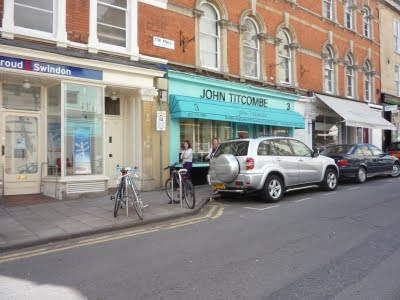 By the Thali Cafe, more stands and three bicycles. you can tell this isn't Stokes Croft as the bicycles are newer and still retain their wheels. 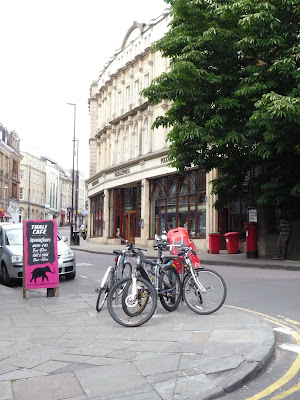 Further up Regent Street, two more stands and one bicycle. 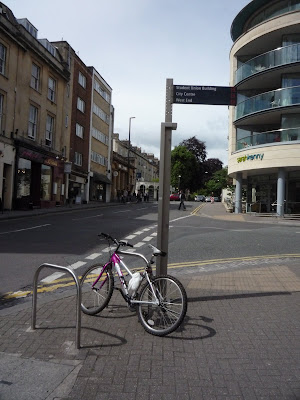 It does reinforce that induced demand idea: if you provide bicycle parking, they will come. This is why it is critical that the councillors and aspirants do all they can to encourage driving and parking by car, instead of conceding any more pavement or road space to cycling or cycle parking.
On that topic, can we at least praise Clifton for not having a single bicycle lane anywhere west of Whiteladies Road, apart from that one on the approach to the Suspension bridge that doesn't actually work. Active Transport campaigners would probably push for some integrated route to join up the bridge with Cotham Hill, then to link over to Gloucester Road, then Bishopston and Montpelier, their own version of an Inner City Ring Road. They can dream, but as long as we hold the high ground that is Clifton, we will defeat them.
Posted by Bristol Traffic at 08:07

'Cycle lane'?!?! at the suspension bridge?
More a dangerous joke