This week we are reminding everyone that the annual critical-mass prance round the city takes place on Saturday May 1, as people dance and hop their way from the Arnolfini to Horfield Common by way of a large number of pubs, including, here, the Highbury Vaults. 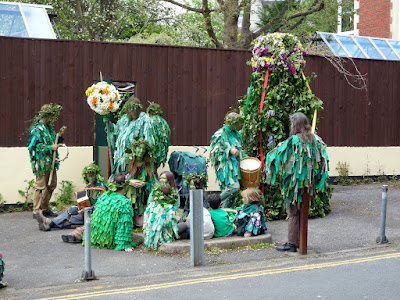 Now, we too like a couple of pints before getting the roads too, but find that drink-driving laws prevent us having more than four pints before heading out, and even then you have to hope the police don't pick on you. Yet here we can see -in another example of anti-car bias- that it's OK to bounce up St Michael's hill so stocious(*) that you think dressing up as a tree is a good idea, yet we car drivers are not only prosecuted for being less drunk than that, we even get held up by these tree people. 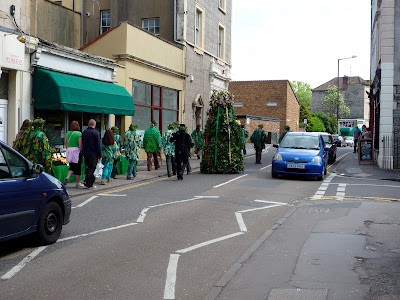 And their families! They bring out their children! And walk them down the road! 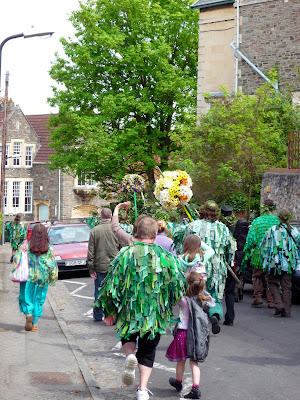 This is unacceptable. A strong government would ban this kind of thing, not just re-instate foxhunting, but let us hunt people that dress up like vegetables. 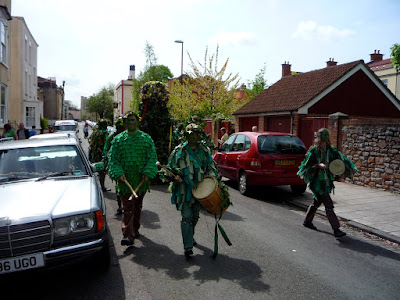 We plan more coverage of this problem, unique to Bristol, in the coming week.

Including, exclusive, shocking, scandalous video coverage of the council's secret support for this so called "alternative transport"!

(*) Stocious: to be very heavily drunk. A Scottish word (there are lots of words for drunk in Scotland, more fine-grained than elsewhere). Even the Eskimos with their alcoholism issues don't fine-grain the details quite as much, but then they have the snow to talk about.

(*) Update. The original article said Saturday May 3 -Saturday is in fact May 1.
Posted by Bristol Traffic at 07:29

It's not unique to Bristol... Hastings has the (original?) dressing up as trees and holding up the traffic problem. Google "Hastings Jack In The Green" for ample pictures and written evidence that dressing up as a tree seriously impedes lawful road traffic. My advice to anyone who values free and open roads uncluttered by tax dodgers dressed as trees would be to avoid Hastings this coming weekend (actually avoid Hastings at any time - the sooner they dual the length of the A256 demolishing half of the town in the process the better!)