Get your tanks off my lawn!


As d-day for the Clifton RPZ rollout approaches, already tempers are getting hot. What will happen? Will it be tanks up Whiteladies road a-la Soviet Liberation of Berlin, or will be house-to-house battling like Stalingrad?

We know this: it'll be noisy.

Clifton Resident James Gadd sends us this video of one of the pre-RPZ skirmishes -one where the Clifton Popular Front and their tank are nowhere to be seen. Here it's commuter vs resident, soon escalating to the police and then finally the builders. As anyone who has spent time in the city will know, builder's trucks are some of the most damaged out there, and so have little qualms about banging up against someone's car while they get their scaffolding out. Which is why that's the time even the police should consider their exit strategy.

Part two: the residents come out with their pitchforks

Part 4: I see your police car and raise you a Builder's Lorry

James -thank you for these, and we look forward to more as rollout day arrives!
Posted by Bristol Traffic at 17:36 No comments:

There's lots of hype about "Autonomous Cars", the UAVs of the tarmac, but who in the UK has seen one? Bristol-Resident RedVee has, here in Stokes Croft

As you can see, the driver of W845PDS can safely text on their commute, safe in the knowledge that the car itself will make decisions as to when it can and cannot go.

Sadly, a small firmware error in this model means that it is "red/green colour blind", so has been known to unintentionally drive through a red light.

Google have reassured us that this will be fixed in a later software update -all the owner will to do is hook up the car's USB port to a laptop, download the 17GB firmware patch, wait for the four hour update to take place and then accept the dialogs about changes in privacy policy for the car.
Posted by SteveL at 12:29 No comments:

There's a 3500+ petition up on the council web site demanding a rethink to RPZs in Bristol. This shows how effective the Clifton people at organising defence of their rights. Or, as the late Glaswegian father of this team member said "The extension of the M1 to Swiss Cottage was stopped because it went through Hampstead. The inner glasgow motorways went through the Gorbals because it went through the Gorbals". Anyone who thinks this petition is about RPZs anywhere outside Clifton are wonderfully naive.

Again, this petition is repeating the claim that an RPZ is bad for your house price.

Some questions for anyone who repeats that claims?

-Why is nobody from Cotham or Kingsdown protesting about the RPZs, saying "the RPZ devalued our house prices"?

-Have house prices in Cotham South and Kingsdown either fallen since the RPZ -or even just increased at a lower rate than Cotham North?

-Why do estate agents in Clifton emphasise off-street parking as a feature when selling houses? 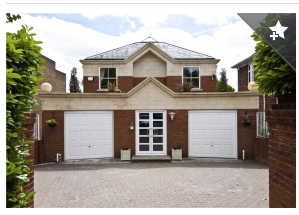 -If, as is claimed, an RPZ will eliminate shop staff and commuter parking on weekdays, is that £50/year going to buy you the ability to park near your home, without having to pay that off-street parking premium?

-When the asking price for a house in or near Clifton is £1.5M+, who is suffering here? Because the only people that can afford a house like that is going to be someone selling up a flat in London and moving west,  someone in Clifton earning large amounts of money and still overcommitting on the mortgage -or someone with money making an investment in buy-to-let and expecting prices to continue to rise.

-Why are the Clifton RPZ protesters so concerned about the limit of the number of cars/household, or the cost of registering an overweight car, when a large fraction of the inner city don't even own one car, let alone three?

As the Bristol Blogger observed the last time we covered this, the RPZ is potentially going to increase value of your house. "In the Clifton West RPZ" means that you are officially in Clifton, and will have the right to drive your SUV round the corner to Clifton village for a latte.

That's something to discuss, but it's hard for the Cliftonians to complain about a destruction of community, as there is none. Everyone hates their neighbours as they are competing for the same parking spaces. And that's speaking as a former resident who was taken aback when moving to Horfield that neighbours actually say hello to each other.
Posted by Bristol Traffic at 09:09 No comments: