What are the cyclists building? Surveillance State 2.0

Out in Twitter Land, one of those paranoid characters accused the cyclists of "building a police state". They are, but not the toy one he imagines from helmet cameras and ANPR recognition. No, those are surface dressing, something to get irate about while the real mass surveillance state gets "deployed" -as the developers call it, "for the duration of the emergency"

Because this new police state is special.
So what's changed since the 1970s? The back infrastructure for mass surveillance states now has O(1) scalability; the front end consumer electronics

In computational complexity theory, there's a notation, Big O Notation, used to describe the scalability of system. It doesn't describe how hard things are, but how much harder things get as the problem gets bigger.

The Deutschland Demokratic Republik, the DDR, is notorious for having the worlds most comprehensive mass surveillance society. But they did it by hand. 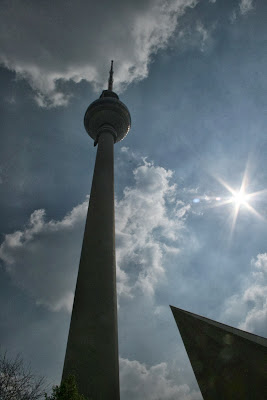 For every citizen to watch, they needed a watcher, so the scalability of their state was linear, written down as O(n) scalability. Double the population, double the watchers, double the costs. That's if you trust the watchers. If you want to keep an eye on them, well, if we assume one monitor per 8 stasi members -and that those monitors need watching too, the scale becomes O(n)+O(n/8)+O(n/64)+... You get the point: it doesn't scale. The DDR tried, but it placed too much overhead on their economy, and even being the most efficient of the communist states wasn't enough. Eventually the population chose they wanted those consumer toys rather than the police state, the army felt the same way, and because the russians chose not to send their tanks in, down came the wall.

Nowadays though, we can build a police state with O(1) scalability, where the 1 has a name: Google. 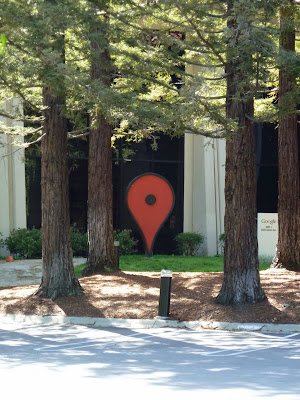 Yes, everyone views them as a search engine, or an email service, but behind the scenes they've been developing that infrastructure for storing a snapshot of the web, indexing it's cross page links ("metadata", as they call it). The Google File System, GFS, and its computation layers on top: MapReduce, Pregel and Caffeine,as well as most recently, Spanner. As the abstract there says, "it is the first system to distribute data at a global scale".


What else have google done? Android: a smart phone OS, that they give away, indeed, they even sell their nexus phones at a loss. Why? Because it is profitable for them to give away the OS and sell phones at a discount, in exchange for you to carry a little device wherever you go. One that checks in with Google regularly, giving Spanner data to replicate, Google FS something to store, Pregel something to join together. 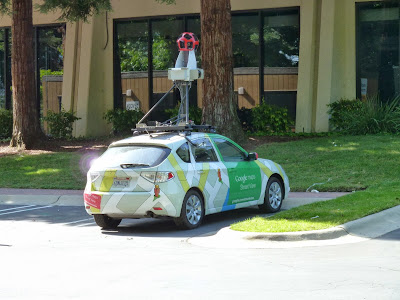 We are all paying every month for the right to carry a bit of electronics that continually reports to your mobile phone company where you are, who you call, who you text, when you connect to facebook, twitter, whatever. Even everything you look up in the map. Google want that data because the more they record about you, the better they can get about predicting you (remember those Markov Chains?), the better they can target advertising at you.

And government? They want that same data. If they said "every adult has to carry a machine that tells us where you go, what you look up in maps and who you talk to", even the Daily Mail commenters would be up in arms, the UKIP protesting about it being european, and not even the Lib Dem apologists could think of any way to pretend it was good.

Yet we are already carrying those machines that tell google all this stuff -all the government want to do is get that same information. Which they do by pretending it's minor, "metadata", "call records", "web connection information", phrases that aren't obvious to people the same way "where you are", "who you speak to" and "what you do on your computer".

That's what they are after though -they are just hiding the fact so you don't wake up screaming, realising that you are already living in a mass surveillance state that even the DDR would be jealous of -jealous because of its scale, the information it collects, and best of all, the subtlety.

That's the police state the cyclists have built -those bay area pedal pushers- and anyone complaining about CCTV surveillance is simply so woefully innocent it's actually quaint.
Posted by Bristol Traffic at 22:07 1 comment:

Is is a good text?

Now that summer is here, the car windows are down and people can engage in spontaneous conversation.

Here, we can see a tax dodger having the rudeness to walk over a zebra crossing and lights, then, as they set off, decide to talk to one of their superiors -here the driver of Audi WR11FGG.


It's always hard to think of an opening for an impromptu conversation, but here the driver has left a way open by virtue of the fact she appears to be reading email on her smart phone as she drives down the road.

Admittedly, she does seem a bit surprised by the way the cyclist tries to strike up a friendly banter -but then as she was looking at the phone while driving down Whiteladies Road, she was unaware that were any tax-dodgers in the area.
Posted by Bristol Traffic at 17:15 No comments: