A letter hits our inbox, sharing one of the secret parking places of the city -this time by the Bristol Royal Infirmary:

In previous correspondence I mentioned that I had found a great place to park on Colston Street. 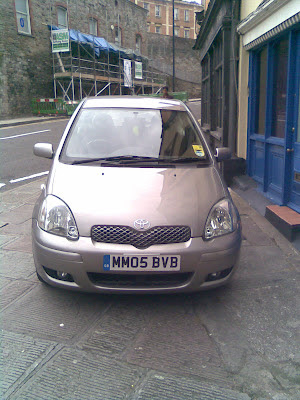 However, I am fed up of having to walk the 20 extra yards to the BRI so I've decided to start parking on the bit of pavement at the top of Christmas Steps instead. Imagine my outrage when I tried to park my Hummer there, only to discover that MM05BVB had got to *my* space first.

We sympathise with this person, but point they only have themselves to blame. Once you publish your secret parking spots  -everyone finds out about them.
Posted by Bristol Traffic at 07:30 3 comments:

the Zil Lanes of London

We had to use the range rover for a special delivery to London this week -the national coverage of Stokes Croft has expanded our customer base. If someone called "Boris" wants a four day old cheeseburger from Slix, we will oblige.

Over in London, we saw the first "Zil Lanes", lanes dedicated to exclusive use of important people. 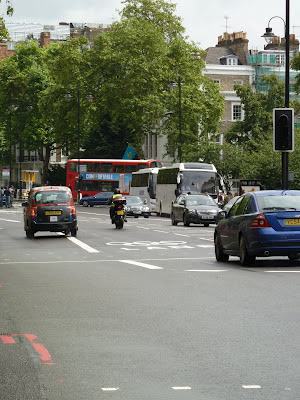 We have has these for a while, "bus lanes", only the fact that bicycles are banned from here makes it better. 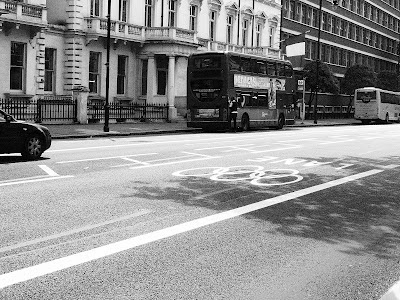 Before anyone asks, "how does the B.T team get to use them?", here's the answer. 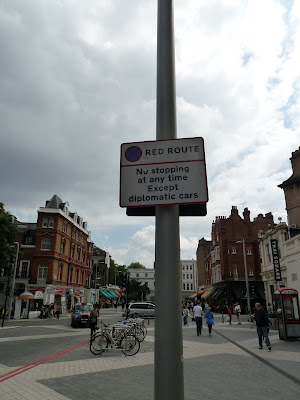 This sign is up in the Exhibition Road "Shared Space", which makes it extra special: we can share the space with any other vehicle with diplomatic plates. Lovely.
Posted by Bristol Traffic at 04:01 No comments:

Good to see the Police are employing people to help discourage cycling in Bristol. Especially trying to discourage those travelling with children onboard their bicycle for the school run (as was the case in this video submitted by S via our East Bristol franchise). The TSD Fleet Support vehicle WX11EWN is a van that is registered as an Avon and Somerset Police Force vehicle and even shows up as part of proud collection of vehicles on Flickr if you Google "TSD Fleet Support Flickr".

Visit the videos Youtube page for full info at http://www.youtube.com/watch?v=EwpkhDdHOpY

Last Friday, we reported on the 50 plus new parking spaces available on Whiteladies Road. We featured Audi YL06DYP taking advantage of the new spaces.

It appears that, whilst owners of lesser quality German vehicles have yet to take advantage of these new parking spaces, word has spread within the Audi driving community.

Here we see another Audi - WV60EZL - taking advantage of the same space. 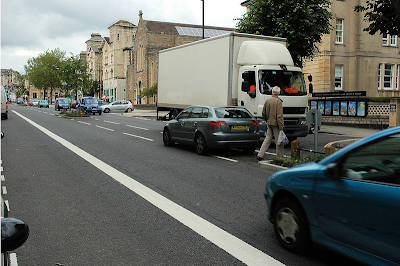 As a civic service, we're thinking of writing to all car manufacturers to let them know of the scheme provided by Bristol City Council as part of the Greater Bristol Bus Network.

H/T Dru Marland for the photo
Posted by Quercus at 17:49 1 comment:

As regular readers will know, we have covered the GBBN (Greater Bristol Bus Network) before.

We were sceptical at first, thinking that it might reduce parking opportunities in favour of the most profound losers in society: those that don't own a car.

Well, there are still cyclists, pedestrians and buses using Whiteladies Road, but it turns out that the revised road layout carefully concealed at least fifty new parking spots. 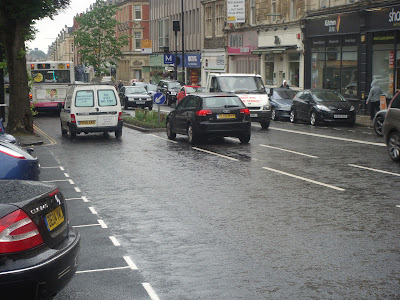 Here we see YL06DYP taking advantage of one of these new parking spaces.

This is genius: we look forward to more use of Bristol's roads for static vehicles.

The battle for Hurlingham Road

This provocative act of madness unilaterally curtailing our right to tear up the road in the rush hour, watching cyclists, buggy toting parents, cats and dogs scatter in shock & awe, should not go unopposed. Indeed, it did not.

Some of us in the HVF (The Hurlingham Volunteer Force) tried to restore the natural order, very soon after only the kerbstones had been laid, by driving straight over them. This worked for a while, but then the enemy cemented in black bollards. So, as my 2IC reports, some of us had to resort to driving half on the pavement and half over the kerbstones.

It was fun, while that lasted, seeing the untermensch taken out of their comfort zone and only avoiding becoming collateral damage by walking in the centre of the road - the confusion in their eyes so touching.

However, the enemy counter-attacked by sinking in wooden poles adjacent to the bollards. Now, with their barricades are fully built, there is no way we can get through. However, this particular battle may be lost but with proper guerrilla tactics we can still disrupt the real enemy: the cyclist. 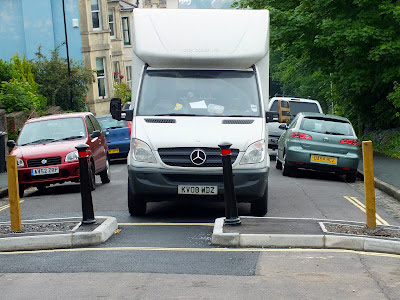 One of our soldiers, who for operational reasons will only be known as White Van Man (Rank: Superior, Number: KV08WDZ) deserves special mention in this dispatch. Using all of his field skills, he has blocked any two-wheeler from accessing their little apology for a rat run. Cleverly he has left a little gap on the left to make it appear as if there is room to get through, but when the hapless cyclist gets close he'll realise that there is no room to cycle straight through. Priceless. The fightback continues ...


The guardian has published article looking at stokes croft as a place to live.

This is the first time that Stokes Croft has anything vaguely resembling positive coverage, so it's worth a read.

Sadly, it's flawed. As we've stated before stokes croft is not Bohemian.

Yes, it does have a flower shop, so the "A revolution must have flowers" quote is correct -yet the author of the article completely omits the adjacent retail outlet, Slix -the food of the revolution, or how this so-called revolution will impact the paid-sex industry of the area. 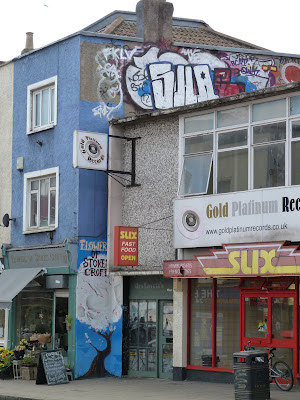 For claims that the croft is gentrified, we are pleased to reassure people that the coloured paint is, literally, a thin layer of paint over the cracks. 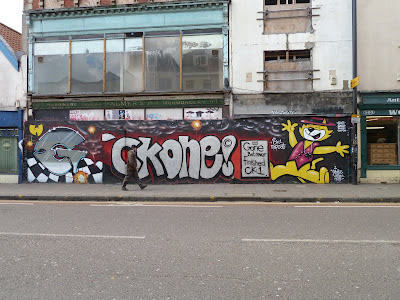 Nor did the article mention the familiar sound of the A38 -the sirens- or the fact that for many of the residents, Alcoholism is in fact a career choice. 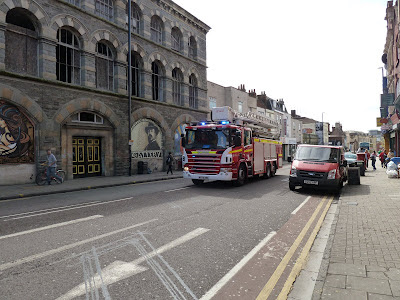 there was lots of praise for the Post Office, : "the lovely folk at the post office". Yet the article implied that walking and cycling were the way to get around. 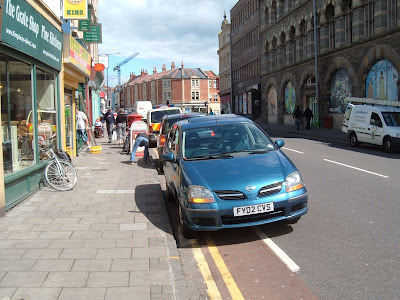 Regular readers will know that the cycle lane is for short-stay visitors to the post office, while the recommended transport for the area is in fact a van.

On the topic of stokes croft vans, can we ask the driver of the red van turning right into Ashley Road at about 4:30pm today, monday Jul 2, what did that female pedestrian in the grey jacket do that merited you getting out and trying to start a fight with her? Pedestrians can damage your paintwork if they hit your van or wingmirrors, so we are sure that whatever she did it was deserved.

We were just suprised, watching it from our own van, that the first road-rage incident of the evening rush hour was starting that early on in the evening. Usually the fights don't kick off until after 5pm.