While Bristol mourns the tragic loss of Troy Atkinson in the city centre, it is worth noting that the day before there was another hit and run involving a Mercedes, this time at the junction of Alcove Road and Fishponds Road. 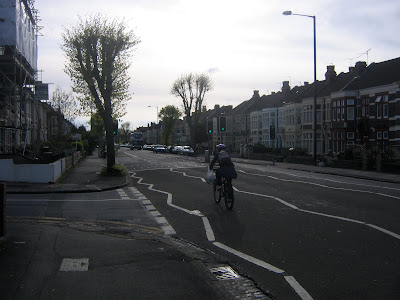 "A 40-year-old man was riding a black racing bike towards Bristol on Fridaywhen the incident happened.
At around 7.45pm, a blue Mercedes turned into Alcove Road and knocked him to the ground, causing him to suffer minor cuts and bruises."

We checked out Alcove Road to see if there were any blue mercs on the pavement. Not today. Two vans on the corner, providing a lovely bit of traffic calming by hiding all chances at seeing oncoming traffic. 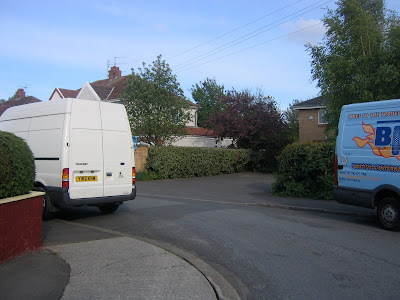 And a car, WN56ULM, proudly sporting its "baby on board" sticker to let people know that this car has to park on the pavement to get its small child in and out the house. 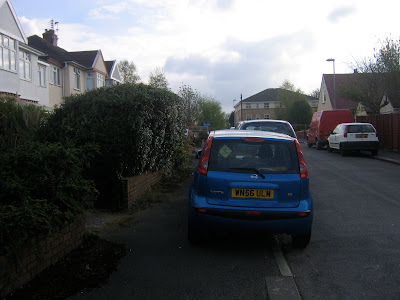 Overall, not a nice place to walk or cycle, which is a shame, as it is one of the access points to the Railway Path. 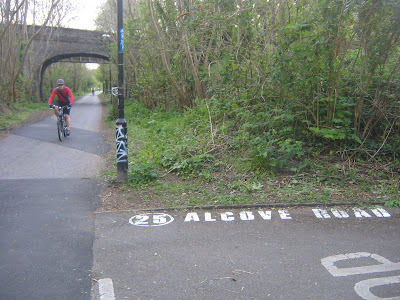 It is probably a quirk of statistics that two hit and runs collisions involving Mercedes cars happen in the same week, but it is also worrying. It is nice to get onto the R.P. and enjoy the safe chaos of the evening traffic up and down the path.
Posted by Bristol Traffic at 22:39