The council is asking for input on the idea of camera enforcement of driving offences in bike lanes.

Bristol Traffic feel that it is an ambitious idea, but surely it can only be attempted once there are bus lanes free of parked cars, hence it is technically possible to actually commit driving offences in bus lanes. 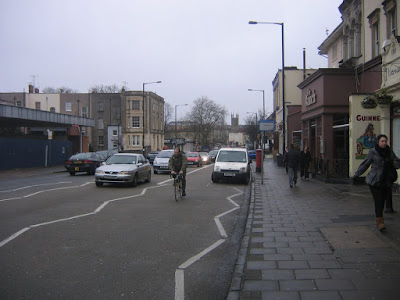 In this picture, the whiteladies road bike lane should be Live, it being 08:47 on a weekday morning. But the van AK53PKU is parked in the parking areas that don't permit parking until 10:00. Hence: the bus lane is free from cars abusing bus lanes by driving down them. And free of FirstBus buses. this makes it a safer place for bicycles, such as the one seen happily gliding past the van.
Posted by Bristol Traffic at 07:34