Today is the 10th anniversary of the Columbine massacre, an event that not only brought tragedy to many, but is why whenever police and ambulance get called out to a school, everyone worries, especially the parents.
For an as yet unknown reason the paramedics came screaming up to the top entrance to the St Peter's and Paul's primary school in Cotham at:16:50 this afternoon, -and hour later there was a row of police cars. 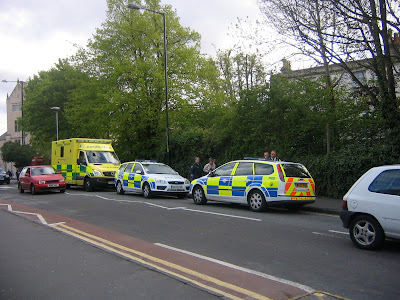 Access has been fenced off, the police were removing a few paper bags of stuff 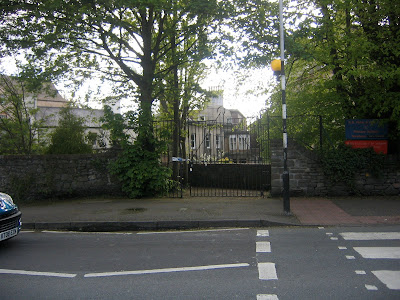 Meanwhile, up on the roundabout, the local commuters where helping to calm traffic by blocking the junction. 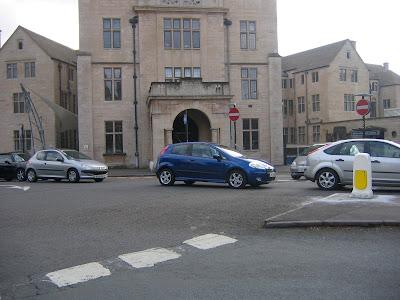 There's no news yet on why the ambulance/police were round, hopefully it's something minor.
Posted by Bristol Traffic at 18:17