From a couple of weeks back, South Gloucestershire Council dared to close Filton Road, that well known short-cut so much loved by UWE students and Business Park users that avoids the lights and queues on the A4174 (the reason for those queues? mostly people using the short cut but never mind). 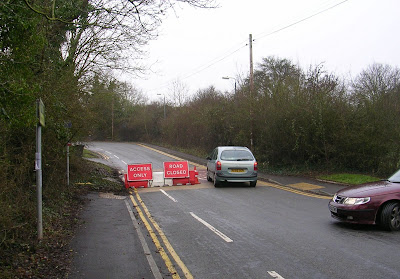 Anyway, the barriers and signs didn't deter many, convinced this was some clever ploy by Council Engineers into tricking them to take the long way round, a great drivers saw those pesky cyclists sneaking through and decided they'd follow, including the driver we see here in the Citroen Xsara X268GOV. 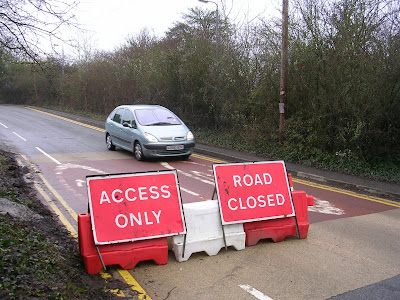 The only problem was the signs weren't a clever ploy after all, the Council really had dug the road up. And we see poor old X268GOV has been forced to execute a 5 point turn and come back the other way. Worse they've now got to go back down Filton Road, past all the 'Road Closed' ahead and Diversion signs they'd apparently missed earlier and re-join the back of the queue on the dreaded A4174: a dual carriageway whose opportunity for widening has been neglected at the expense of a bike lane that never gets used by bicycles, on account of them being on this rat-run instead. 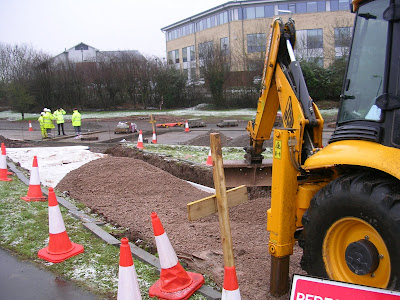 And the reason for the road closure? Gas works? New sewers? No, to add insult to injury those lunatics at the Council had closed the road to build a new cycle path!

South Gloucestershire is the motor-centric part of Bristol, and such facilities and road closures go against the interests of the residents and commuters. Why do they think we moved to out of town villages and got jobs in a featureless sprawl of buildings, were it not to drive to work and home again, pausing only to nip in to Sainsbury's and B&Q's on the way home, eating a hamburger grabbed from the McDonald's drive through as we do so?

If we had wanted to live somewhere where we walked and cycled to shops and to work we would have chosen to live and work in the city centre. We don't and we didn't -so why is this anti-car council interfering with our lifestyle choices?
Posted by Bristol Traffic at 07:46