Clifton: premium knives out for the residents

As we said yesterday, the knives are out in Clifton. And when we say knives, we mean the  Messermiester Meridian Elite 9" Kullenschliff Chef’s Knife on a granite kitchen unit, freshly sharpened after its wash in a Miele dishwasher that actually texts your iPhone when the wash is done. 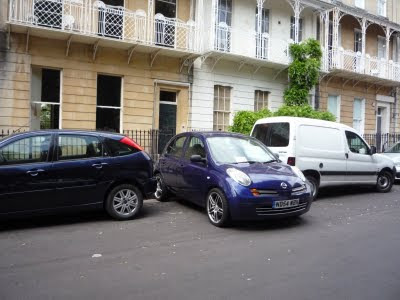 Why? Because the Clifton Business Improvement district's press release on the RPZ contains the phrase "99% of those surveyed feel there should be less residential permit parking in the Village with more pay and display and business permit parking"

The 99% surveyed are the businesses obviously, though they don't give full details about the population size for the survey, number of responses, whether the responses are a representative sample of the population -all the things that we, as a data science organisation, would expect. As the release also says "over 300 business" (sic),  then perhaps that was the population, and the response was over 100, with 1 person saying "no".

This may seem a small detail, but we like defensible data, which is why we like to back up our datasets with photographs, and are prepared to email councillors for the data behind their claims.

Similarly, we like data to justify conclusions, such as "Through BCC’s actions shoppers are more likely to migrate to Cribbs Causeway with free parking and to Cabot Circus where there is sufficient car parking and an efficient bus service."

Note how they avoid noting that Cabot Circus hasn't got any free parking. Because it doesn't -yet there's invariably a queue on the M32/Newfoundland Way approach on a weekend, showing that if people are prepared to drive a distance to the destination, they are prepared to park there for a while. And, if you look at the Cabot Circus pricing, you'll see that it is priced for shoppers not commuters. Because the Cabot Circus operators know that parking is too important to waste on commuters, not when you want revenue-earning shoppers in there. Cribbs Causeway don't have that problem: they have a separate one, namely it is in the middle of nowhere unless you have a car or take the bus.

Anyway, the key issue here is "less residential permit parking in the Village with more pay and display and business permit parking"

If they'd stopped at "less residential permit parking in the Village with more pay and display ". There would have been a nice argument "we need more space for visitors than residents", which could have been a negotiating point -how much for exclusive residents vs shared. Given the residents are (presumably) sacrificing their right to double park in the Mall, unless the Mall Garden Residents Association comes round to approving of echelon parking, instead of saying "please double park instead". they are already sacrificing a lot of the parking capacity of the area. 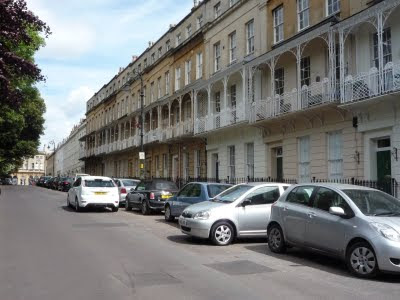 With a nice tangible "paying customers => money" equation, the BID team would have gone into meetings with the residents with a good negotiating point.

Except they go and spoil it with that final clause "and business permit parking".  That lets the cat out the bag. The reason the Clifton BID want resident parking capacity reduced is not for those customers who would otherwise drive to Cribb's Causeway or go to Cabot Circus. No, it's for commuters into Clifton: the shops and other businesses, such as the soon to be re-opened private hospital whose  management have just discovered that there is nowhere on site for their 100 staff to park and they'd better have a plan here.

This is why the BID is going to go head to head with the residents, and why they have to get the Astroturf out to make it look like the resistance to the RPZ is going to come from residents who will suddenly get hit with bills of "up to" 192 pounds for their car.  It's not about how much residents will have to pay for their #3 car. It's not even about the 0-48 pounds they will have to pay for the #1 car. It's about whether weekday parking space in Clifton should be allocated to residents or to the staff of the businesses in the area.

Which is why this is going to be so much fun to watch it would be worth attending and just asking completely off topic questions like "I only park on zebra crossings -will that still be legal" or "if Bristol Zoo is complaining about staff parking issues, is it because of their history of opposing park and ride to the zoo in favour of letting visitors pay to park on the downs?"

Yes, the wednesday evening event will be entertaining -please attend if you can. Being at Clifton High school there will be free parking for your 4X4 on the school keep clear area -and, as the commuters will have gone, other spaces further up college road if you find yourself forced to walk

Posted by Bristol Traffic at 16:35

Residents should never be given any priority for parking on a street simply because their houses happen to be on it.

You buy a private house when you move into a street, not a part of the public road too. The road belongs to everyone, and access should be equal for everyone.

If you need space at home to store a large piece of your property when you are not using it then you should buy a house with a drive or a garden. It is selfish and inconsiderate to expect to leave it in the road.