Berlin is the pivot-point of 20th century Europe. 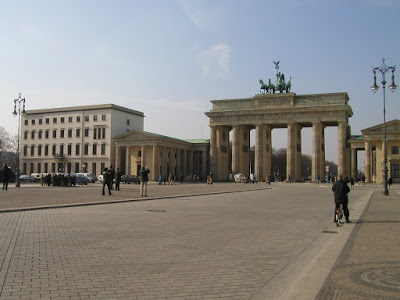 This week, the 20th anniversary of the fall of Berlin Wall; the end of the cold war.
Not one Bristol Traffic contributor has been asked for a "where were you when it fell?" quote, which is a shame as one intermittent contributor's answer "in East Berlin doing my military service for the DDR, wondering if the order to start shooting would come in" is more interesting than most journalist's memories. 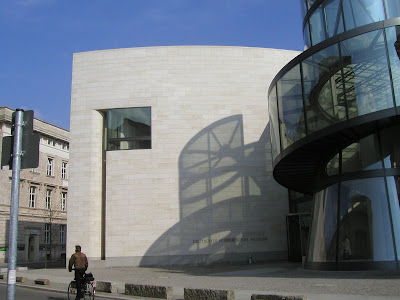 Now, all is peaceful, quiet. They have even taken down the Palace of the Republic, the centre of government of the DDR, so this photo of that building is now a rarity; the sight of BMWs and Mercedes parked in the car park outside it something to treasure, even if our eyes didn't always light up at the sight of low-cost car parking in an inner city. 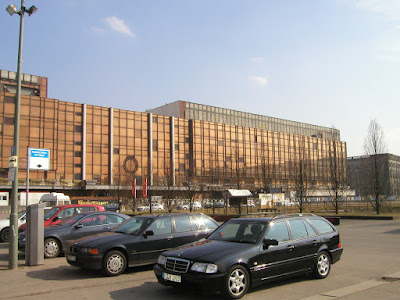 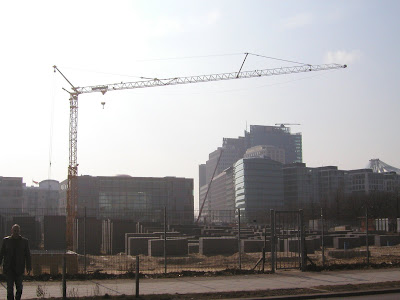 Nov 9 is also the anniversary of the end of the 1923 Bierhall Putsch, when National Socialism first became a name to fear; another city in Germany -Munich, and another beautiful square, Odeonsplatz, tainted. Then in 1938, Kristallnacht