Since March 1, the council has been promising it will make life harder for us, the city's tax payers, by ticketing our cars on dropped kerbs. And its true, they really are! 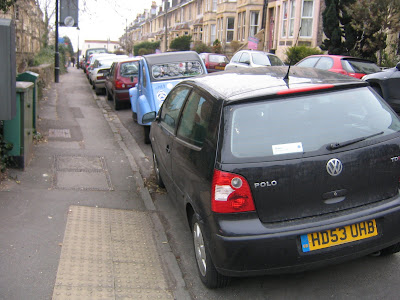 It's crime? Being parked across the knobbly bit of the pavement -that's all. 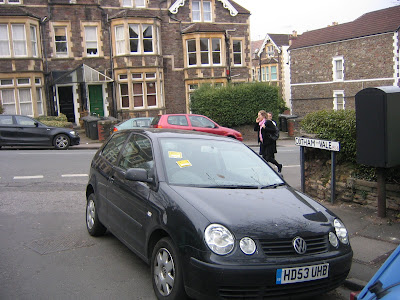 That's despite the fact there is clearly enough room for a student to walk up the hill and out onto the road -while talking on their phone- we note. Why don't mobile phones detect when someone is using them at walking pace and stop working? Because the telcos make so much money from students strolling around, chatting to their mates, that they don't want any ban on walking+mobile phones.

Over in Beaufort Road, Clifton. Another corner. another car, A3FXX, ticketed. 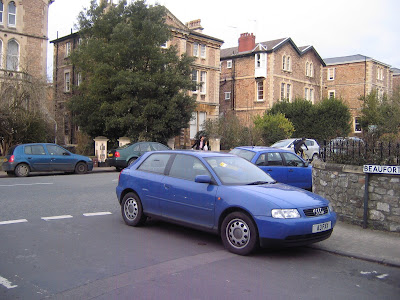 A week later we can see how the locals have learned and adapted. WP52EFH shows the trick. 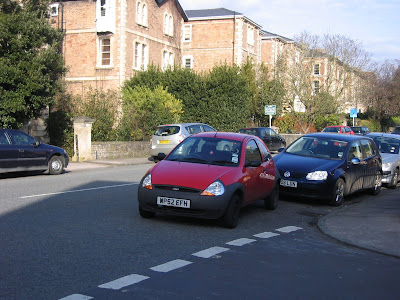 If you park far enough away from the dropped kerb, you are no longer blocking pedestrian access. That's OK then.
Posted by Bristol Traffic at 10:45

Totally agree with council. You shouldn't park your car opposite place, where you can see dropped kerb. Some people did pay for it to make their life much easier and to make access to their property. So, please - do not complaint, because you are not wright.