Some denunciations of random cyclists who got in the way of our drive across the city on a foggy day where they should have recognised the safety issues and stayed at home.
First, this one on Kingsdown Parade. It's too narrow to pass, and if I were to knock my wing mirror off, do you think he'd pay up? Unlikely. 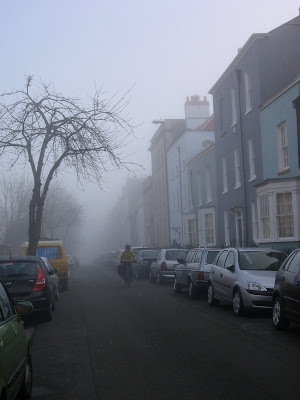 Incidentally, up on Fremantle Square the PRSC had stuck some art, fortunately it's gone now. 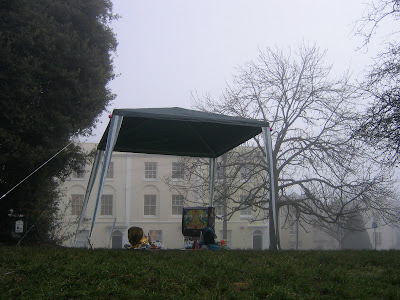 Now down to Upper Cheltenham Place, Monty. We won't cover how to get from Kingsdown to Monty in a car, except to note that neither of the good options - Nugent Hill or Marlborough Hill- are technically legal. We remember the old days, when you could drive from Fremantle Square down Ninetree Hill, then tuck into Stokes Croft. Now you are forced to break the law. 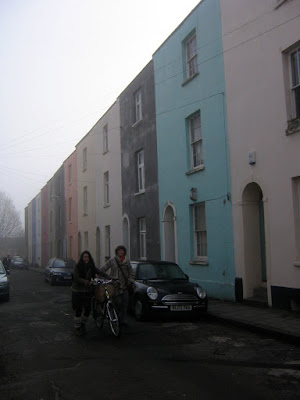 At least these people have realised it is better to walk than cycle. But where do they walk? In our roads. And they smirk as they do it.
Posted by Bristol Traffic at 09:34