This area round Colston Primary school has a double role. It's commuter parking par-excellence, and its somewhere for parents to drive their kids to school, either here or Cotham School slightly up the hill. Anyone doing the school-run there knows that Cotham Park North is the turnoff to take. 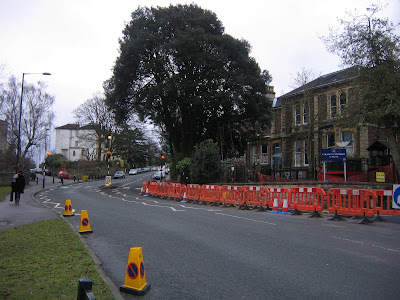 Yet now, we see buildouts going in, buildouts with bollards planned. This is the price of having the city's Councillor for Walking the locally elected representative. 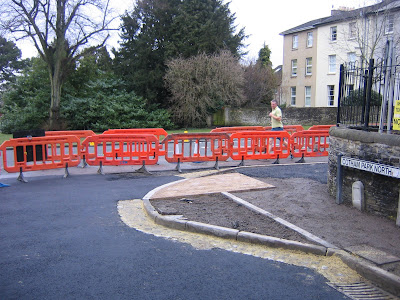 There was a perfectly good "switch off your engines while waiting" sign up by the school-keep-clear dropoff zone, and now what? More lines, more signs, more bollards 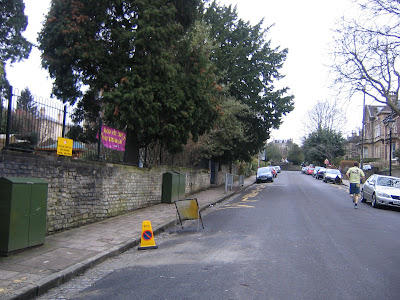 For the parents, the one redeeming feature is that the final draft resident parking zones are up, and this road is in it. If there is only one resident parked here on a Saturday, we can assume that if commuters cannot park here on a weekday, there will be plenty of space for short-stay dropoffs. 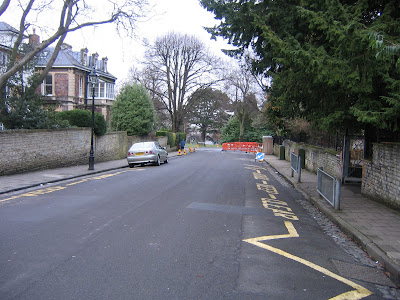 Indeed, we suspect the anti-schoolrun developments at Colston's are primarily to push all those parents in favour of resident parking, to split the drivers up into residents, commuters and school-runners, so stop us unifying against an anti car council.
Posted by Bristol Traffic at 17:16