We'd thought that the Clifton councillors were strong enough to fight back against the cycle city plans in their own wards, but no, someone broke and conceded four stands 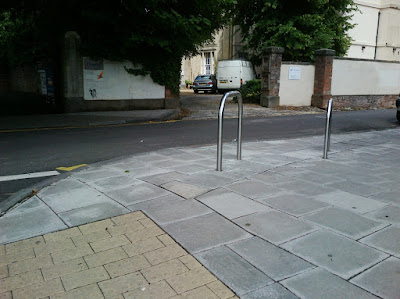 Fortunately, two of them are so close together as to be useless 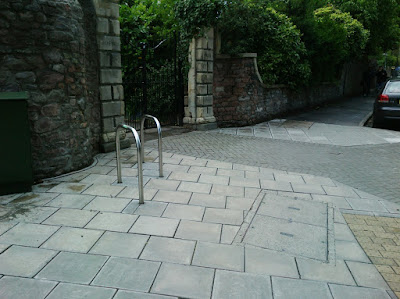 They're on the junction of Frederick Place and Richmond Hill: back road nowhere near any useful destinations, and there's still plenty of pavement for parking. The fact that they are out of sight will stop anyone feeling threatened, and because they are nowhere near Clifton Village, won't do anything to actually encourage cycling.
Nothing to worry about directly, though its a sign of weakness at the top. Question is: who surrendered?
Posted by Bristol Traffic at 08:01