There's a new series of Dr Who on the TV, so we thought we'd see if we could find a Tardis.
We're not sure if we did, but we did find what appears to be a hidden, space travelling vehicle, in Canowie Road in Redland. Whether it can travel in time as well is a moot point, but as we live in a four dimensional world, we suspect it can. 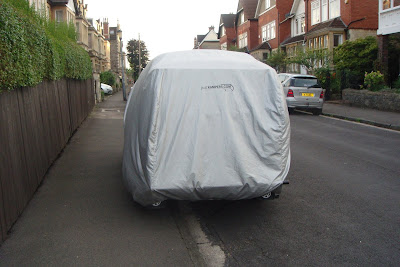 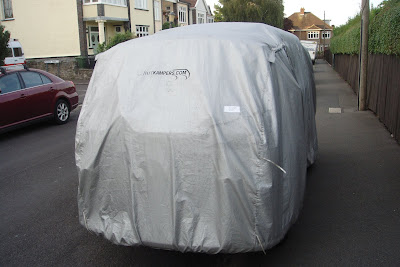 It seems, though, that  the invisibility field is not functioning correctly and has been spotted by one of the residents, who has stuck a small and polite notice on the field, probably using a sonic screwdriver (although it looks a bit like Selotape): 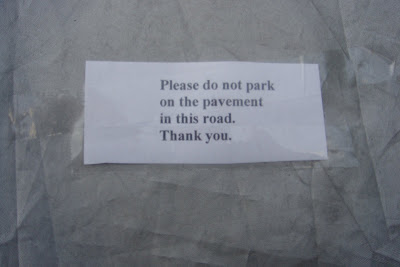 We wanted to know what was under the camouflage field, but we had suspicions that this could be a Dalek prank, or worse still, THE MASTER, so we hid behind the sofa for a while.
By the time we dared to come back to look, though, the whole thing had disappeared.
Be assured, however, that if August 2011 ever comes round again you can be sure we'll be hiding in the bushes, and will report back.
Posted by Quercus at 07:00

I think hiding behind the sofa, is probably the right approach.