Farm Pub Path -one year on

With the Muller Road to Dovercourt Road Bridge now all mixed up in the sale of the Dovercourt Open Space, what does this mean for the Great North Fringe Cycle Route, the showcase of the Cycling City?
We have no idea. What we can do is check out the key destination of the route to date -the Farm Pub- and see how it's use has changed since we visited it last year, before the path was officially open. Has the opening up of more bicycle access increased the number of people who cycle there?
Well, there are a couple of bikes by the dogs at the entrance. 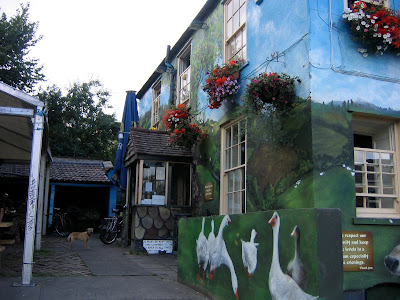 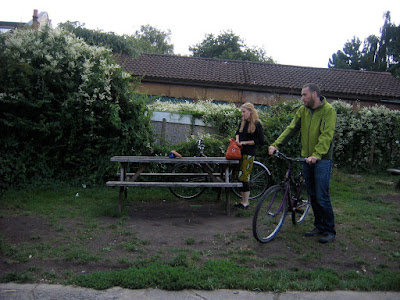 In the rest of the garden, yes, every bench in use appears to be used by cyclists, many of whom must have nipped over for a pint or four of Doom Bar Beer. 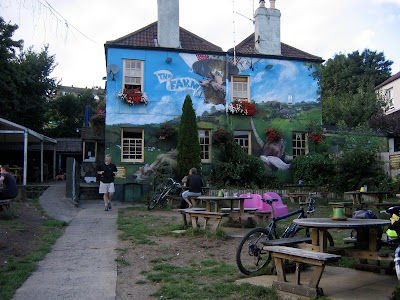 Given the amount of tax you pay on beer, it's probably defensible: money saved from fuel can go towards beer, and at the outrageous tax rate there it evens out. And if they go there on the bike path they aren't taking up road-tax funded roads. But has enough extra beer tax revenue been raised by this single pub been adequate to pay for the path?

The other issue is that with the pub full of these cyclists, why would we, the motorists, drive there? Have they gained customers, or only chased away an equivalent number of motorists? And if so, who spends the most per evening? Us, the wealthy citizens forced by anti-motorist laws to only have 6-8 pints before driving home, or them, the tax-dodging cyclists who aren't harassed by drink driving legislation which the new coalition has failed to roll back, despite their promise to end the war on motorists?
Posted by Bristol Traffic at 07:57