The same time we were getting a video of one driver, X108YDY, prepared to fight the anti-car city and use the secret rat-runs of Kingsdown, we were also getting some shocking footage of parents walking their kids to school. 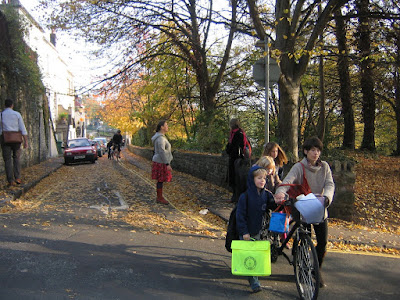 Some were clearly going on to cycle to work, so instead of driving their children to school in comfort and safety, they were being forced to walk alongside a bicycle -while the parents push them without even a helmet on! 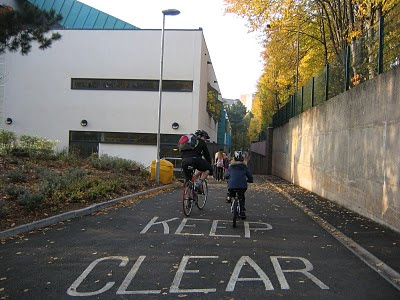 Others were actually encouraging their children to cycle to school. 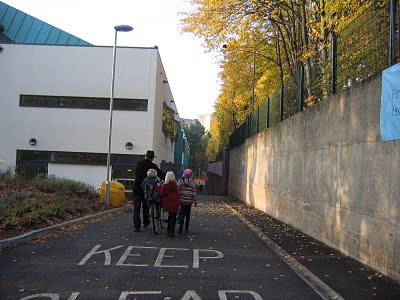 Such actions not only endanger the children, they threaten the bodywork of those of us who drive the wrong way down one-way streets as an alternative to traffic lights. Can't these parents see that we are in a hurry!
Posted by Bristol Traffic at 07:16