Which is why we have a company car, just like anybody with a proper job. And we like to park-up on the pavement outside Bank to monitor the competition. 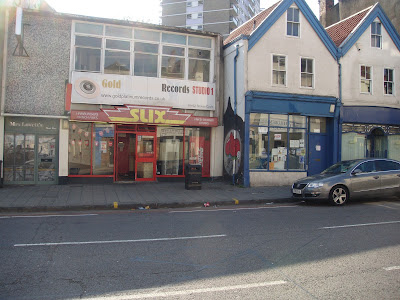 Not all cars are company cars, though.

There's no way to tell if T31DYA is parked in the cycle lane to grab a legitimate and corporately funded bite to eat in Slix (or Mrs Lovett's), or if it just belongs to a local from City Road picking up a few extra copies of the Big Issue to sell in Clifton. 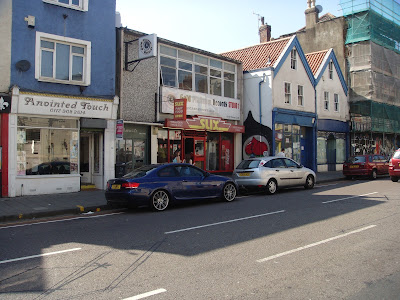 One thing is certain: these cars are not there now, which at least proves that none of the drivers, even if they had their hair cut in 'Anointed Touch', ended up as take-aways from Mrs Lovett's. These drivers are safe.