Following on with the thought that bike lane markings are bad as they create unrealistic expectations in bicycle riders, can we also complain about that other bit of road that is taken away from us road-tax-payers, the pavement? Again, there are subtle cues - raised kerbs, the texture of broken paving stones underneath- that create the belief amongst tax dodging walkers that the pavement is for them.
Which it isn't. Not here in Cotham Hill. Here it belongs to the vehicles that pay for it -car CW55EUA and van HV53SFE 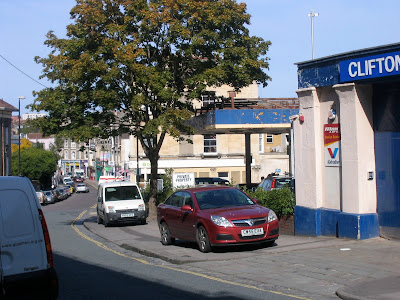 In the Avenue, Clifton, at school pickup time. It belongs to the parent's whose cars pay for it. 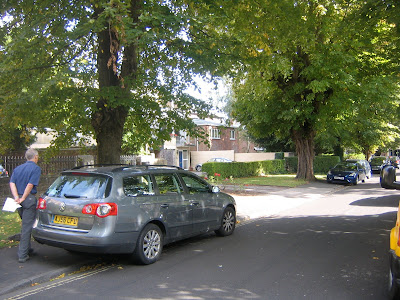 Elsewhere in Clifton, the pavement is shared by the cars LS51YWD and W359YBW. 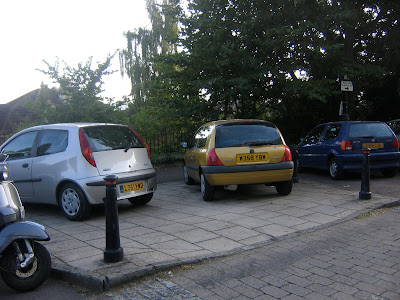 While on the fringes of town, out near UWE, the pavement provides the ideal space for a small car  like WR03HXU. At least in the new developments they drop the kerb to make its role for cars more obvious. 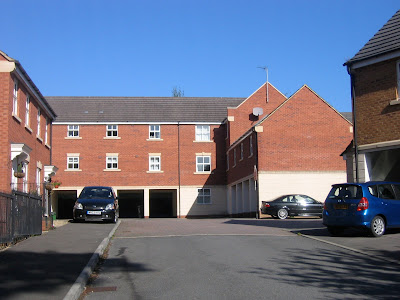 If the pavement wasn't available for the car owners to use, they woudln't be able to commute by car -so generating tax revenue for government, and it would be much harder to pick up children.
Yet there are activists out there, Living Streets Bristol, who are trying to take away our right to park where we need to, saying the pavements belong to pedestrians, and streets are to be lived in! This is nonsense! Roads are to drive along, pavements let you park near to your home or destination without walking. These people are only whining because they can't afford a car. They are jealous.
There is a living streets meeting on September 14. We need to infiltrate it. They are our streets, and the pavements are for our cars. Here is what we know so far.

Anyone who wants to preserve Bristol's way of life needs to get down there and stop it before it gets out of hand.
Posted by Bristol Traffic at 07:43

Britain leads the world in design of housing estates for motorists rather than for people. Again, it's one of those things the Dutch could learn a lot from.

Britain is also increasing car ownership at a much higher rate than the Netherlands.

You really must emphasize to your readers how shocking the situation is in this country.

We are very worried about your situation, to the extent of tracking down your former IT acquaintances from Cambridge. We are trying to come up with a plan that will bring you back safely and rescue you from cycle-friendly NL.

I'll distract him with a convoy of recumbents, you get the tranquliser gun...

I have to warn you that I may be difficult to distract. I have quite high standards these days where distracting convoys of recumbents are concerned...