That prominent subversive, Chris Hutt, has been wondering whether people should be a higher standard of driving from professional drivers -buses, taxis -and if it is not met, have some way of complaining. Presumably he was thinking of taking photographs of buses and taxis parked in ASL lanes and such-like, and complaining to the council. 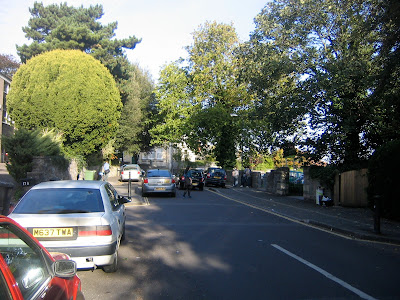 We in Bristol Traffic think such persecution would be needless. They are trying to make a living. It would not be fair to report this taxi, purely for parking over a build-out in front of Cotham Grammar school at 08:30 on a schoolday morning, to complain that the taxi WN57JZA was endangering schoolkids such as the one crossing the road. 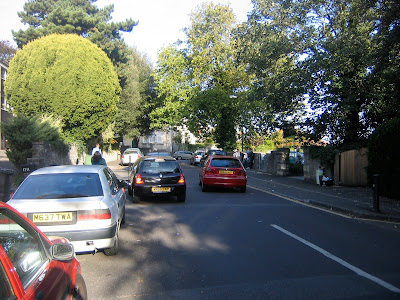 Because it would not be fair. That schoolkid was actually dropped off by the car WM56FMP also on the buildout five seconds earlier.
Posted by Bristol Traffic at 07:00

I definitely agree that professional drivers should be expected to show that they can maintain a high standard of driving, and there should be some way of enforcing it. I'm slightly biased, because a couple of months back I was almost killed (not an exaggeration) by an Iceland food lorry which roared through a pelican crossing with the road lights on red and the pedestrian light on green, at something well over the speed limit.

Having worked with professional drivers in the past, I know they can be an obstreporous lot. However, if they're as good as they claim they are, they shouldn't have any problem passing any tests.