There's been some new report published about bike lanes. Here is one of Bristols, underused by bicycles despite all the money put on a stretch between the building works on Dighton Street 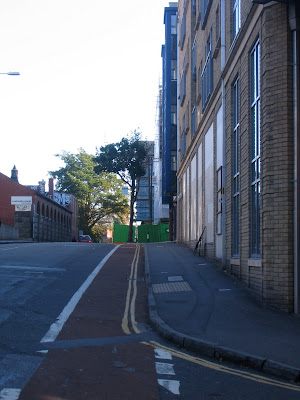 And the junction with Marlborough Street. Despite all the money put in to supporting these tax-dodgers, for some reason, they don't use them. That really annoys us. 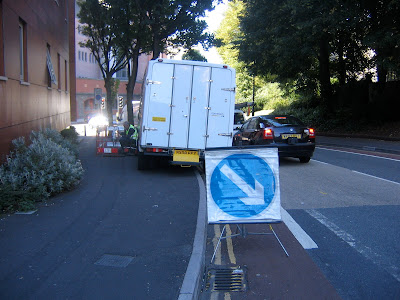 This new paper claims that cars drive closer to bicycles when there is a bike lane, as it creates a clear expectation in the driver that the bicycle will stay in the bike lane, regardless of its width or quality, while when they are not in lane, the driver has to make their own decision as to how to pass them, and they get more room. For cycling campaigners, it is an argument against bike lanes, the other being these lane's tendancy to vanish when the road gets complicated.
We in Bristol Traffic are against bike lanes for another reason. They create unrealistic expectations in the cyclists -that there are bits of the road there for them, and advertises to pedestrians and morally weak car drivers that there is some alternative to driving.
This is of course untrue. There is no bit of the road "for them". It is all for us, the road tax payer. We paid for it, so we can use it when we need it. That includes the bike lane and the pavements. 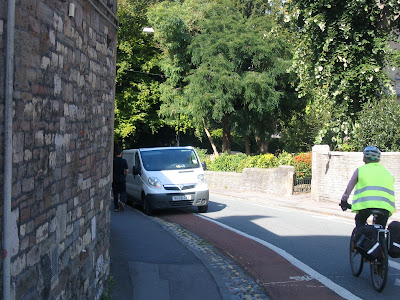 Take this contraflow on Cotham Hill. There is a delivery vehicle WU58OVZ doing something important. Does the cyclist stop and wait patiently? No they do not! They swerve into the oncoming lane. This bicycle is now illegally going down a one-way street. How can such criminals deserve respect?
Posted by Bristol Traffic at 07:29