Here are some people out on the railway path on the first two evenings of June. 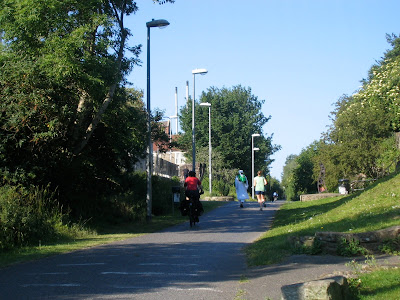 The whole of East Bristol's walking and cycling commuter traffic appears to be heading home by foot or by bike. 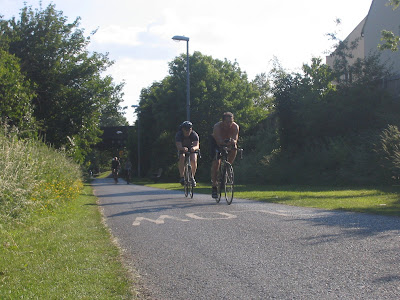 Some slipstreaming others on their road bikes and their tri-bars 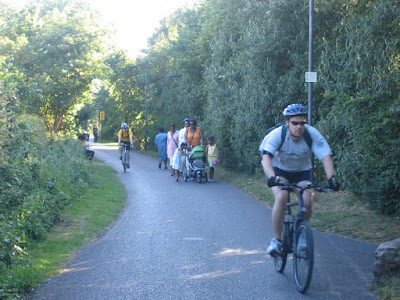 Some with the entire family on push chairs and on foot. 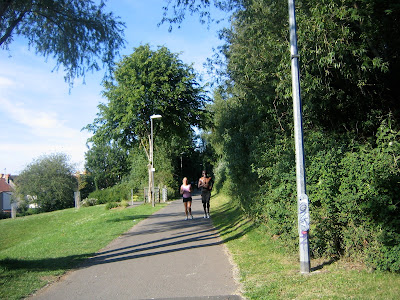 Others running. Fast.
Some points to note
As the elections come up, some evil people are trying to argue that we can split Bristol on race grounds. This is fundamentally wrong. Especially from a party that tries to claim the Irish as part of their British nationals. The Irish nationalists have not taken up guns, semi-automatic rifles, semtex and home made truck bombs to be considered part of Britain, yet that is exactly what the BNP are trying to do. There are some aspects of C20 history that the BNP are clearly ignorant of -probably pretty much everything since 1901 onwards.

While dividing Bristol on race or ethnic group is fundamentally misguided, what can be done is divide Bristol on transport options. Yet nobody is standing up an being proud to admit that they fought for Bus Rapid Transit on this path. Instead everyone is trying to claim credit for stopping BRT-on-the-path. Where are the councillors who will fight for FirstBus? Where are the people willing to stand up, point out that this path is wasted space and money denied the strategic partners of the city -FirstBus- and that Bus Rapid Transit would be an improvement over this morass of suffering.
Posted by Bristol Traffic at 10:00