The Christmas Bollards of Montpelier

We are disappointed by the absence of the kingsdown dark-winter-ritual-tree -we fear our publicity has made them more self conscious; that they will practise indoors, out of site of outsiders. This makes sense, most of Bristol views sacrificing goats and small children as excessive at this time of year, though given a choice between that and watching X-Factor, it's not that clear cut. Anyway, it means Kingsdown is looking a bit less seasonal.

Fortunately, over in Montpelier, other ancient rituals are being remembered, and coming out into the open. Here we see, in "Picton Square", the return of the traditional "Painted Christmas Bollard" 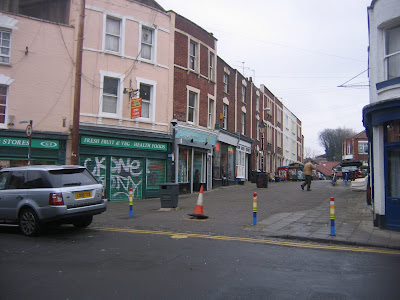 The tradition of bollards and bollard-painting may date from the Crimean War, when the great "Bollarda  Sebastopolnya" was one of the spoils of war, a giant iron obelisk brought back from the city of Sebastopol in the Crimea and dragged round the towns of England, before being stood up in Bristol docks, our equivalent of Cleopatra's Needle in London. Sadly the demand for iron in WWII meant that it was melted down, and all we have to remember it is the models, scattered round the city, where they serve a largely ceremonial role. 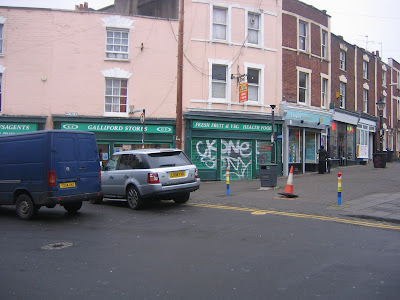 Most of the year, nobody knows what they do, but here, in the runup to Christmas, they have been painted in bright colours, to celebrate the Montpelier Double Parking area, here used by L008YXR and Y204HAE. Someone has also put a ceremonial traffic cone on the removable bollard. Normally these cones are worn by statues, but as the students have gone away for a few weeks, they have been moved to other parts of the city.

Posted by Bristol Traffic at 07:08

-added the corrected spelling. Though if you search for L-zero-oh-8 you will find its mybikelane entry. We should use both from now on. Or google should introduce more ambiguity in their search terms