Getting the message across

Bristol Traffic is a news channel. Maybe not quite the same as the MSM, like the Daily Mail or The Telegraph, but we like to think we compete with the quality dailies.

So far we've co-existed well in Bristol, with BEP following our rabidly anti-cycling message almost every issue. There was a small shift in their editorial policy a few days ago, which we covered, but this was probably only a hiccup, although they did sponsor the Big Bike Ride. However, we're confident this was just an aberration, and we have photographic evidence.

Down behind the Bearpit, in Broadmead, Bristol City Council are undertaking an experiment in The Horsefair and Penn Street, by only allowing through disabled badge holders, buses and taxis or emergency service vehicles. The experiment started on 11th December 2009 and was due to run for 18 months. It's still in place, so now seems permanent.

It was interesting, therefore, to find Western Dail Press vehicle WU07XES parked up in a bus stop in The Horsefair, towing a trailer with an advert on it. It seems the driver needed a bit of refreshment - it's hard work driving around all day, pulling an advert. 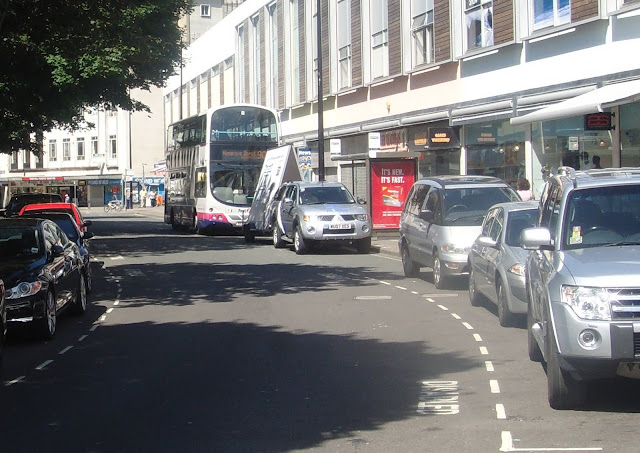 What did the advert say?

Well, it invited you to purchase the Evening Post so that you could "WIN THIS CAR". 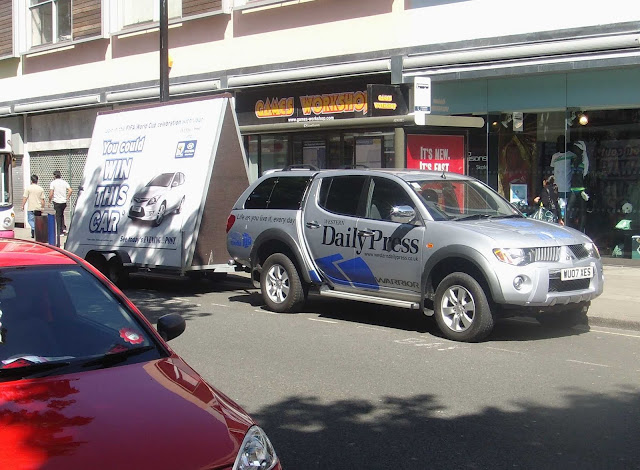 The editor here at Bristol Traffic was beside himself when he saw this, and immediately sacked the entire marketing team for not thinking of it first.

But he's happy that the Evening Post are once again in the pro-motorist lobby.

The driver was spotted later in the week, loading another Burger King into the car... 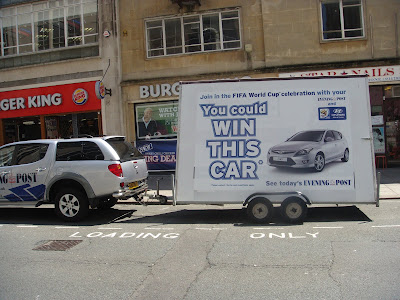